"Real Housewives of Atlanta" star Kim Zolciak is lashing out at a "Housewives" star from another city -- all over a report that insists Kim is in a lesbian relationship. 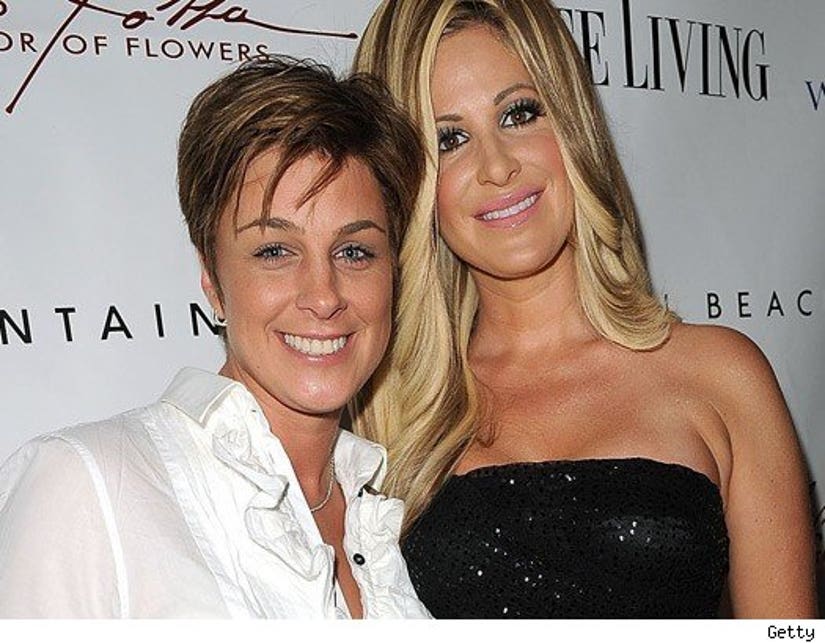 Kim is enraged over comments "Real Housewives of New York" star Simon van Kempen made to Us Weekly -- in which Simon suggested that Kim would reveal she's a lesbian during the next season of the show.

The report also suggests that Kim has been hooking up with a female DJ named Tracy Young -- who was photographed with Kim at an event this weekend (above).

Now, Kim is wiggin' out on her Twitter page, saying Simon doesn't know what the heck he's talking about because the two have never met. Kim also wrote, "Give me a break...Get ur facts straights."

We tried to get in touch with Kim to get her side of the story -- but no luck.