Captain America is the hottest role in Hollywood right now -- and according to reports, Chris Evans has been offered the part. 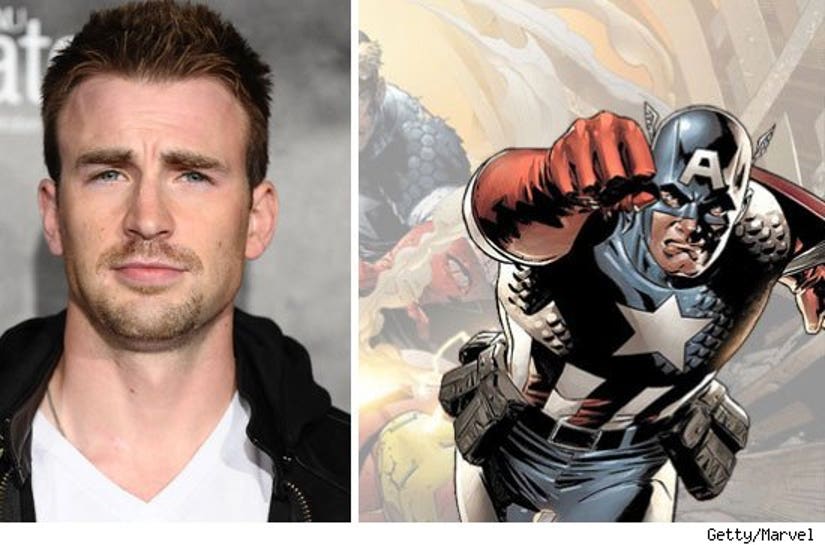 The Hollywood Reporter says the offer would include up to three Captain America flicks plus "The Avengers" -- which would see him team up Robert Downy Jr. as Iron Man and Edward Norton as The Hulk.

Other actors reportedly considered for the part include Chace Crawford, John Krasinski and Mike Vogel.

FYI -- Evans has already played a Marvel superhero, as Johnny Storm in the Fantastic Four films.