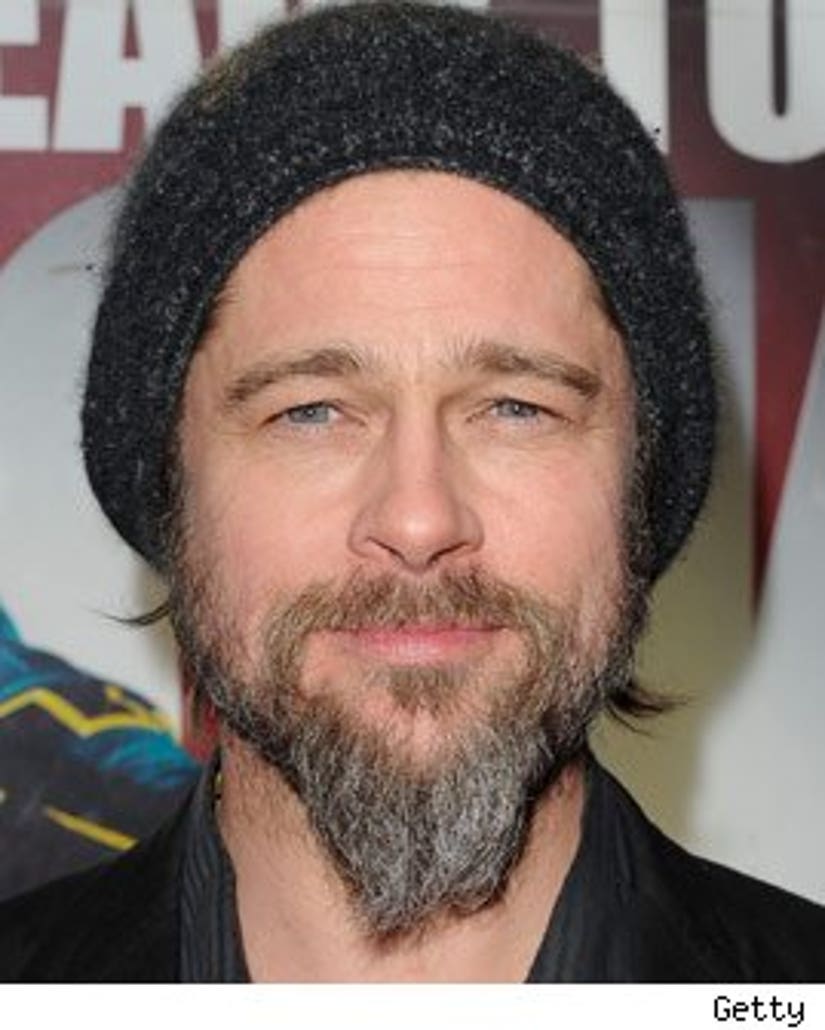 Brad Pitt says the Brillo pad he's been growing on his chin isn't actually for a movie role -- it's just 'cuz he has nothing better to do.

Pitt tells the Sun he decided to sprout his fluff out of "boredom. No other reason than that."

Pitt was in London on Monday to promote upcoming action-thriller "Kick Ass" -- a movie he helped produce for director Matthew Vaughn, husband of model Claudia Schiffer.