Carrie Underwood gave a blowout encore performance in Ottawa last night -- and did it all while paying homage to her NHL player fiancé. 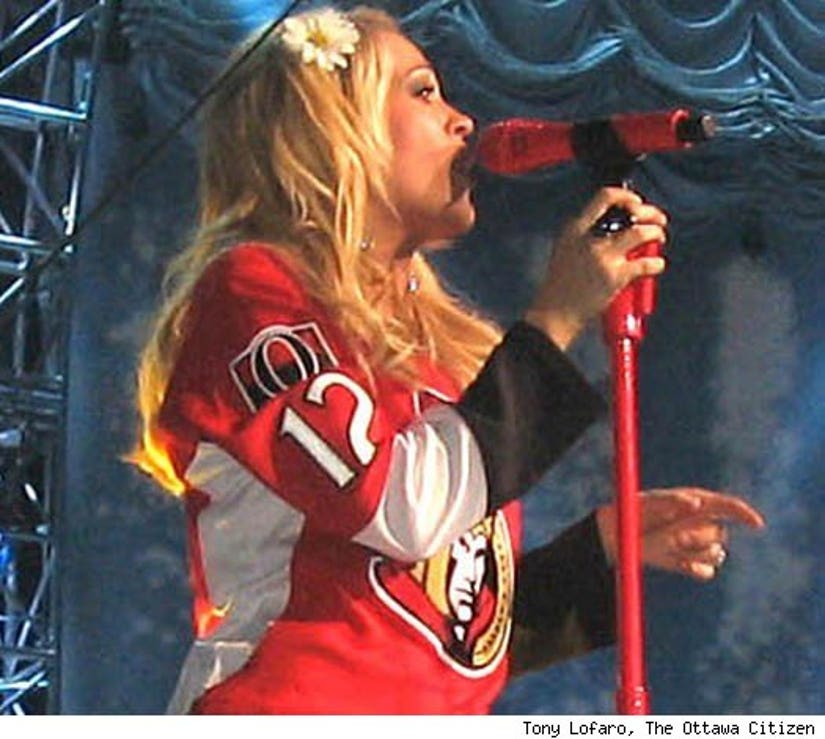 Wearing the jersey of fiancé/Ottawa Senators forward Mike Fisher, Underwood referred to the Canadian capital as her new "hometown."

The couple has reportedly set a wedding date ... but they're keeping it a secret.