Jay-Z and Beyonce battled pregnancy rumors like rock stars this weekend -- by hitting up Las Vegas. 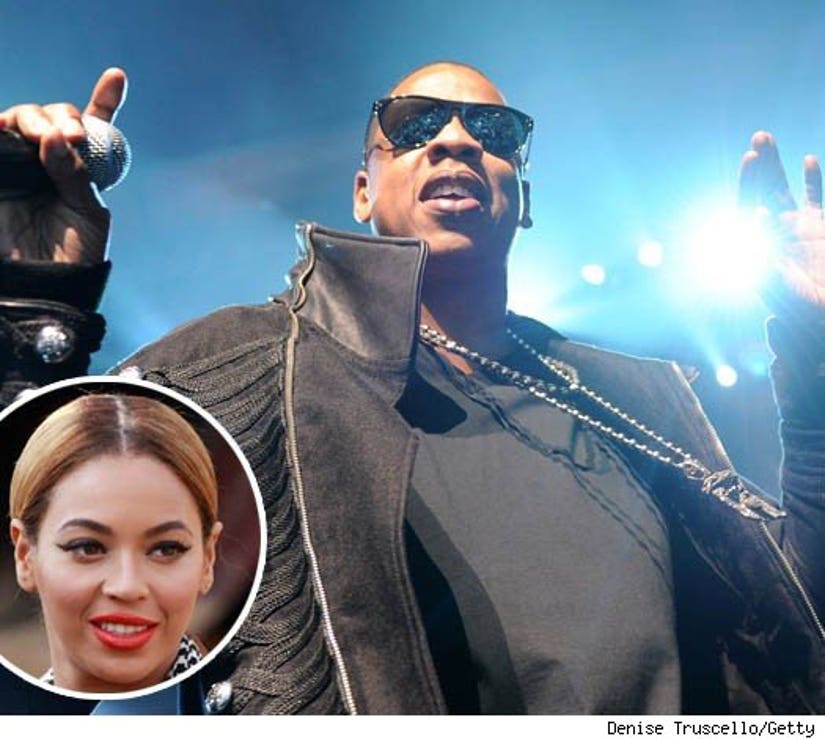 After Jigga rocked out at the Pearl Concert Theater at the Palms alongside Young Jeezy and Trey Songz, he joined B at the hotel's Mint High Roller gaming lounge around 4AM.

We're told the couple was staying in an enormous two-story sky villa in the Palms' Fantasy Tower, which is enough room for three ... not that they need it.