Trash her hair all you want, but the thing that really ticks off Kat Von D: Rumors she's dating Bam Margera. 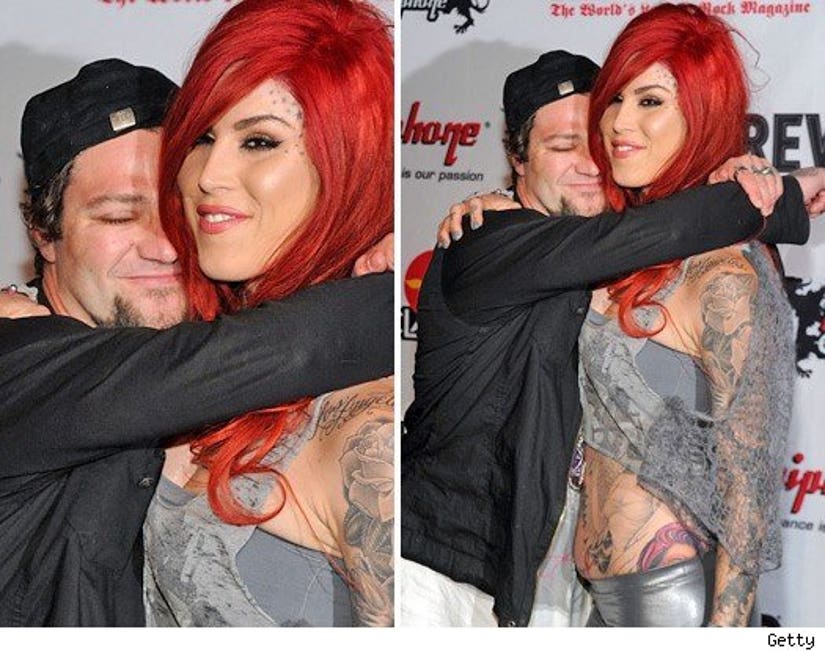 The "L.A. Ink" star addressed the gossip on her Twitter, saying "So annoyed! Contrary to silly rumors, Bam Margera and I are NOT dating. I'm currently in a relationship w Nikki [Sixx]. Hope that clears things up."

As for that red mane, she adds "And yes, I am aware my new hair color resembles that of Ronald McDonald.. Haha! Thanks for noticing. :)"

Kat started dating Nikki in 2008 ... but he announced they were taking a break in January.