Miley Cyrus and boyfriend Liam Hemsworth are grounded -- and it's all because of the volcano eruption in Iceland. 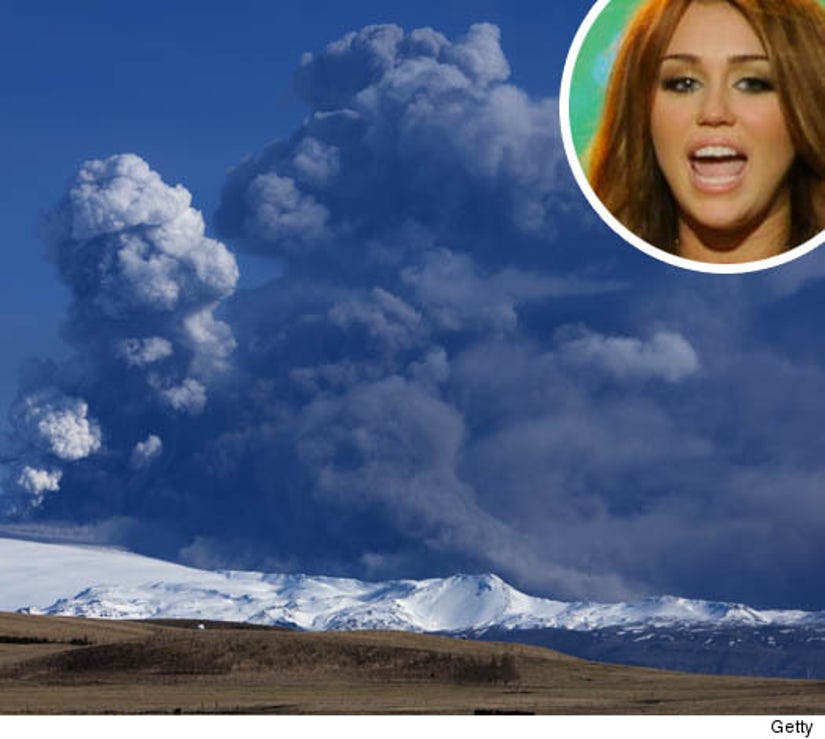 The celeb couple -- who co-star in "The Last Song" -- won't be attending the film's London premiere tomorrow because of large ash clouds blanketing Europe after the eruption of the Eyjafjallajökull volcano in Iceland.

The "Iron Man 2" world premiere -- which was also supposed to be held in the UK -- has been moved to Los Angeles due to travel uncertainty.