Jay-Z and Justin Bieber turned heads with their nominations at this year's BET awards -- Jay-Z, for leading the pack with 5 nominations ... and Bieber, for being Bieber. 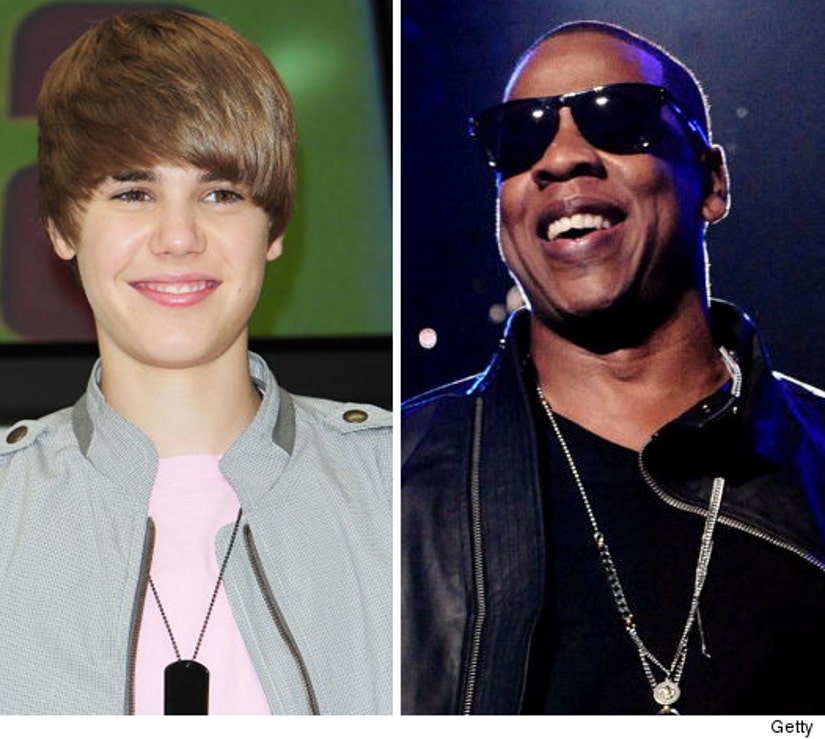 Among Jay-Z's five noms the rapper is up for Best Male Hip Hop Artist and Video of the Year. Bieber was nominated for Best New Artist.

Other notable nominees include Beyonce -- who trails behind her husband with four nominations -- and Alicia Keys, also with four noms. Drake, Rihanna, Trey Songz, Fabolous, and Melanie Fiona also have multiple nominations.