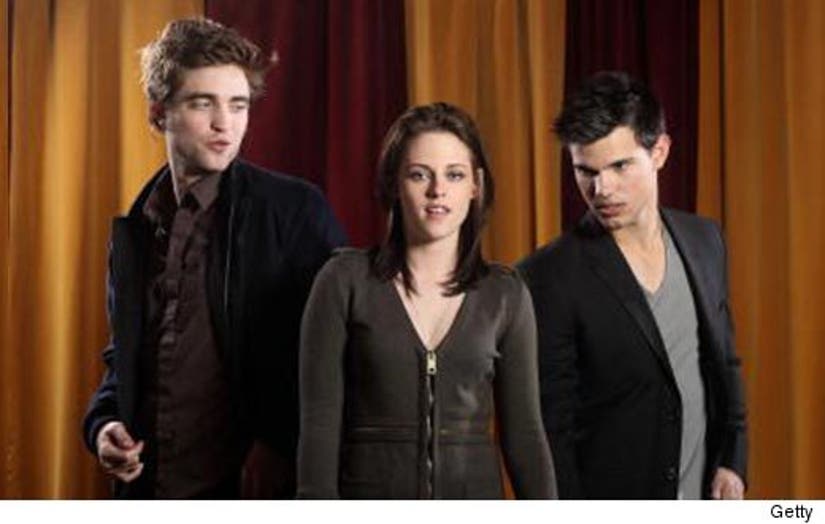 According to JustJared, Kristen Stewart, Robert Pattinson, and Taylor Lautner have joined the presenter pool for the awards show next month -- and they're bringing a new clip from "Eclipse" with them! (Check out the latest "Eclipse" clips!)

Other presenters include Zac Efron, Miranda Cosgrove, and Vanessa Hudgens.

Tune in to MTV on Sunday, June 6 to watch it live.