Ellen DeGeneres just announced she's started a new record label -- and the first singer she brought on board? That 6th grader who sang Lady Gaga's "Paparazzi" at a local talent show. 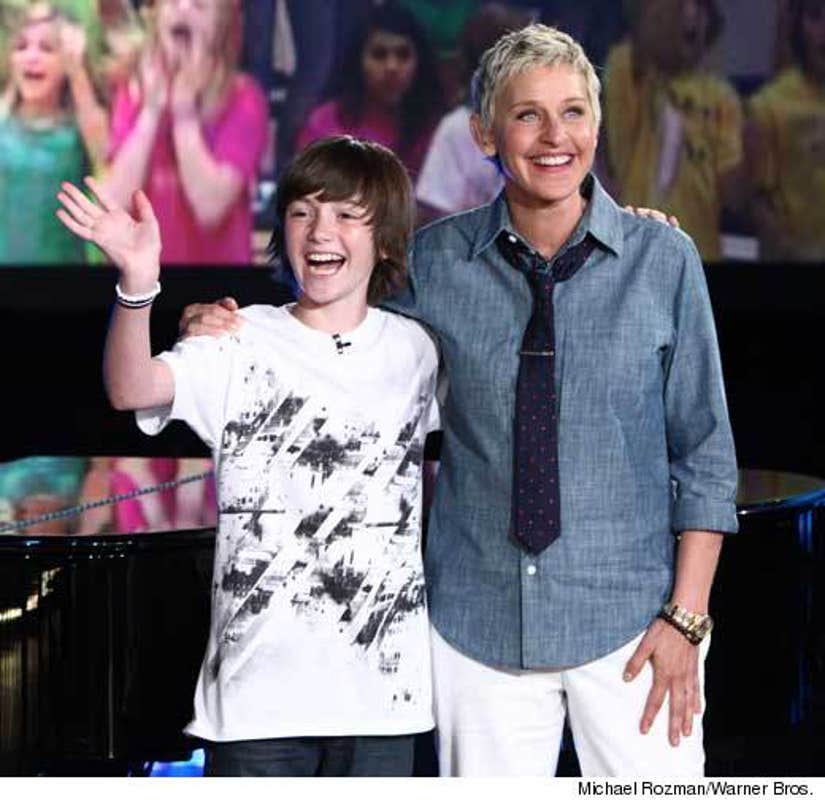 Ellen says 12-year-old Greyson Chance inspired her to start her own label -- called eleveneleven -- and signed the young singer after he performed his original song "Broken Hearts" on her show today ... airing this afternoon.

But that's not it. She also gave Greyson -- who appeared on her show for the first time two weeks ago -- a brand new piano and a $10,000 check! (Check out Greyson's "Paparazzi" performance.)