"Twilight" star Ashley Greene was rumored to play "Jill" in the upcoming "Scream 4" -- but looks like that part just went to Emma Roberts instead! 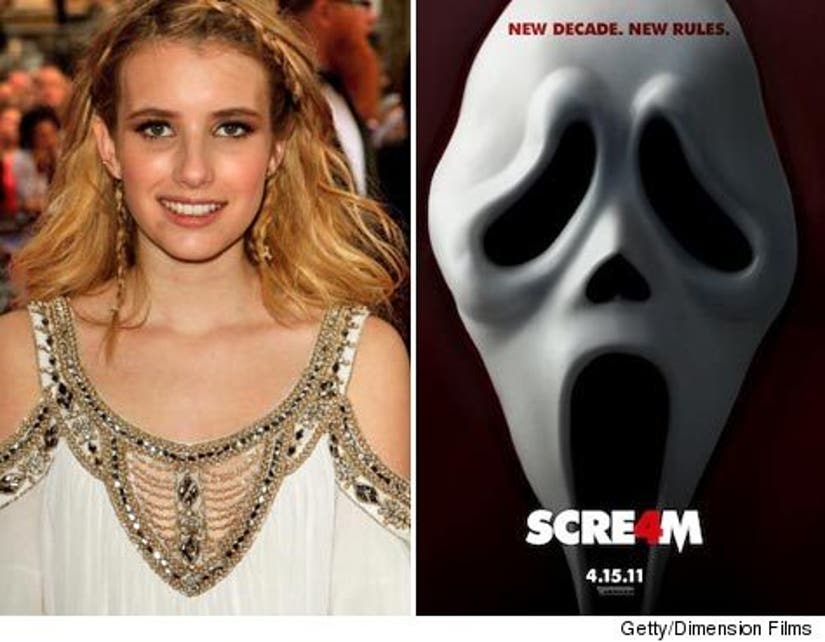 According to EW, Julia Roberts' niece will play the heroine of the new flick, who is also the cousin of Neve Campbell's character, Sydney Prescott.

Writer/director Wes Craven says “Emma's talent, beauty, and rangewill add immensely to the sophistication, intensity, and fun of the Scream franchise as it returns to the screen once more."

Filming is expected to start in July. No word on if Greene will be offered another part.