James McAvoy -- who played a conflicted assassin in "Wanted" alongside Angelina Jolie -- is set to fill Patrick Stewart's wheelchair for his next role ... a young Professor X in the next X-Men movie. 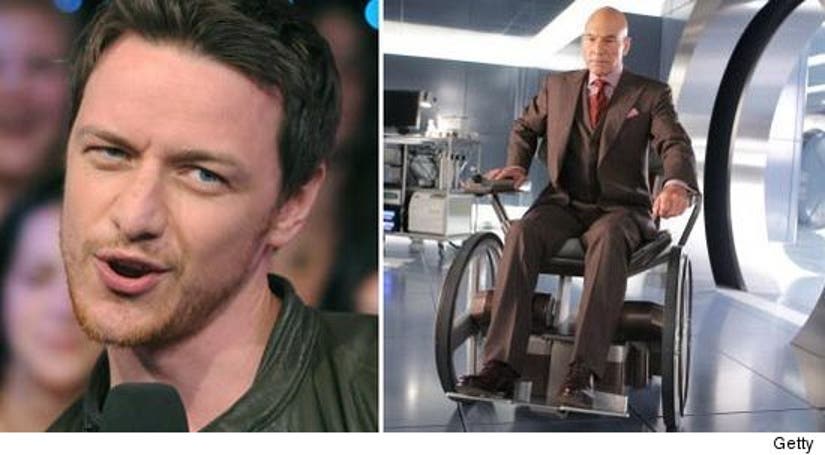 According to EW, McAvoy has been cast in "Kick-Ass" director Matthew Vaughn's "X-Men: First Class" -- which will center on Professor X and Magneto in their younger years ... before they were arch-enemies.

No word yet on who's playing the evil metal-bender ... but get excited, because the movie's set to come out June 2011.

McAvoy may or may not be going bald.