Jeremy Renner is taking aim at Marvel's new superhero movie -- suiting up to play the bow-and-arrow-slinging Hawkeye in "The Avengers" alongside Robert Downey Jr. 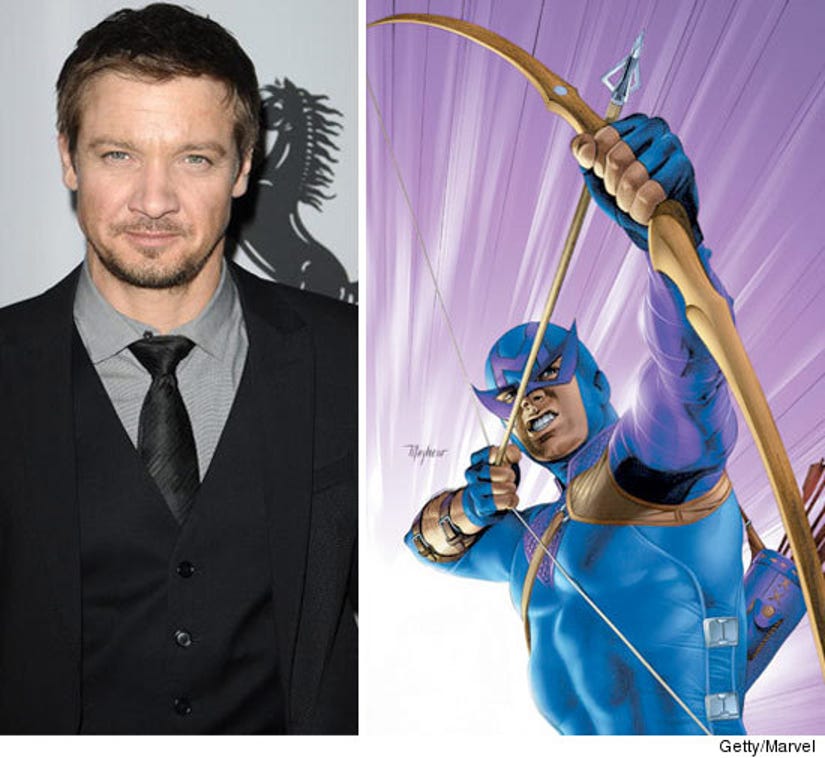 It's not a done deal yet -- Marvel is still in final negotiations with the "Hurt Locker" star -- but with the actor's schedule opening up in the near future, it looks more likely than ever.