"The Hangover" star Ken Jeong brought an unexpectedly emotional moment to last night's 2010 MTV Movie Awards -- tearing up as he thanked his wife, who just beat a battle with breast cancer. 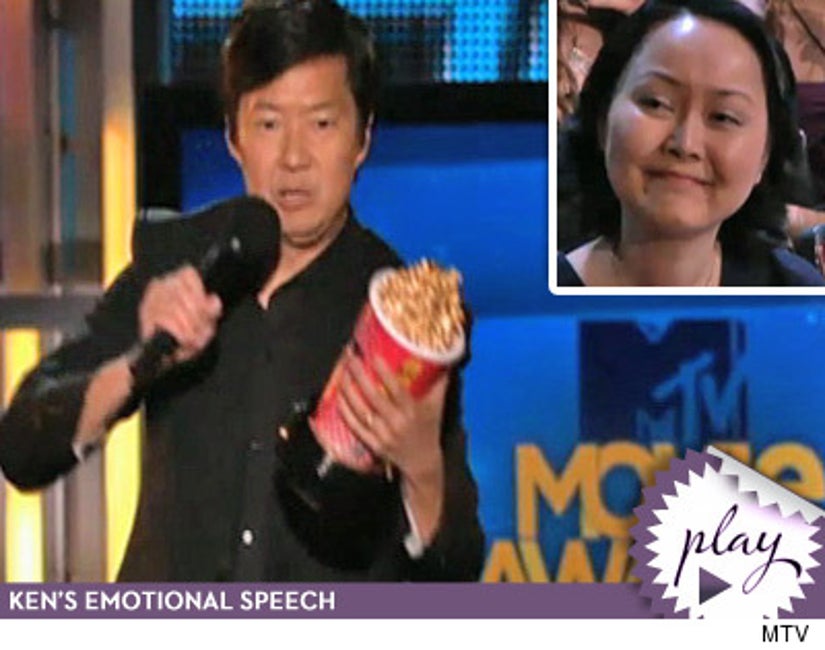 Jeong, who won Best WTF Moment, jumped from joking to a more serious subject in his acceptance speech, saying "Todd and Bradley Cooper, a good friend of mine, actually helped methrough a really difficult time when my wife was going through breastcancer treatment ... "The reason why I[appeared in 'The Hangover'] is that she taught me that life is short,so don't be afraid to take chances."

Ken's wife has been cancer-free for two years.