Tom Cruise stole the show as Les Grossman last night during the MTV Movie Awards -- but he didn't get those moves all by himself. 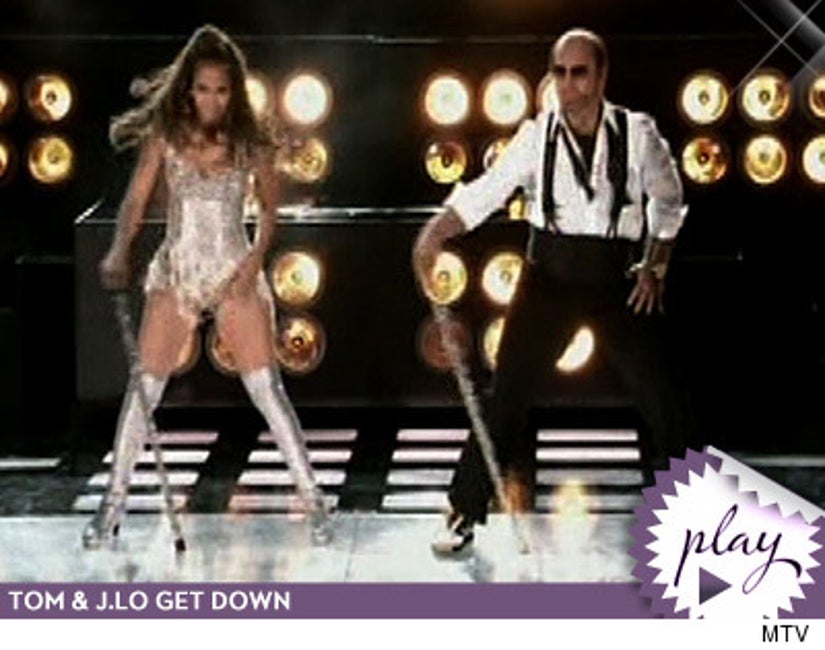 Though he was shaking it with Jennifer Lopez, it was actually wife Katie Holmes' choreographer Tyce Diorio -- a regular on "So You Think You Can Dance" -- who helped him with the routine.

After the performance, Tom told OK! Magazine "She [Katie] loved it. She was there while we were working on it."