Former Presidential candidate John McCain just hit up Snooki on Twitter -- we kid you not -- claiming he has Snook's back when it comes to Obama's tanning bed tax ... but it's still good to wear sunscreen. 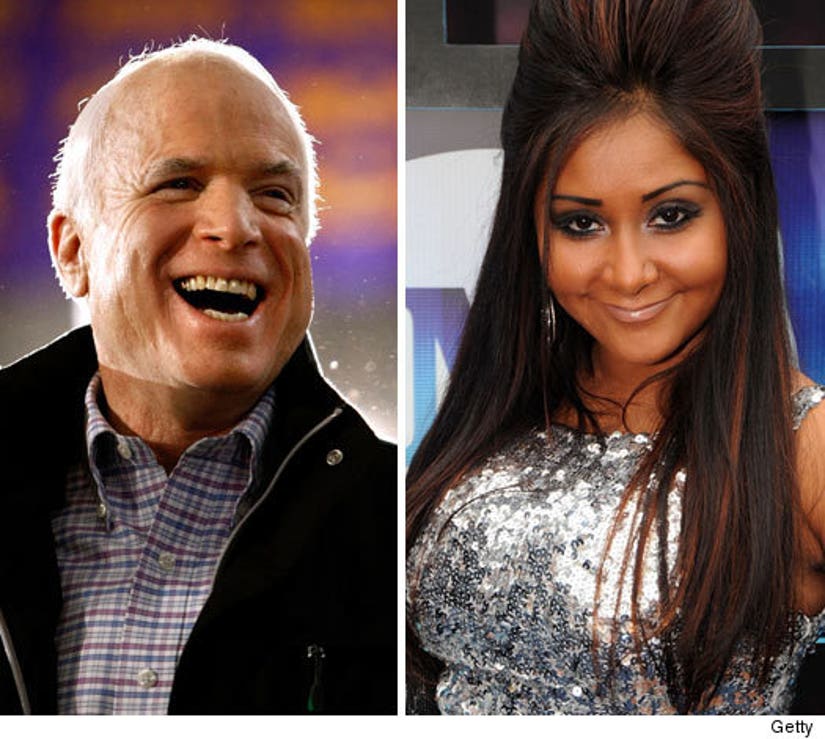 Snooki tweeted, "I don't go tanning anymore because Obama put a 10 percent tax on tanning ... And I feel like he did that intentionally for us."

Sen. McCain responded, "ur right, I would never tax your tanning bed! Pres Obama's tax/spendpolicy is quite The Situation. but I do rec wearing sunscreen!"