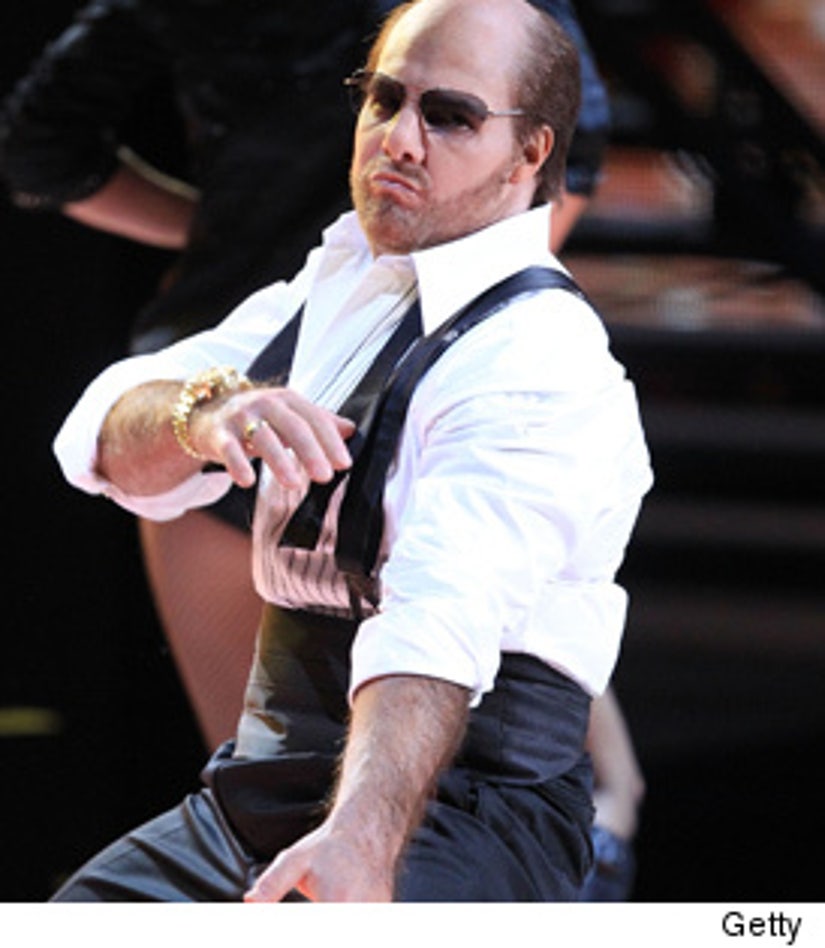 Didn't get enough of a large, balding Tom Cruise dancing his butt off during the MTV Movie Awards? Well, you're in luck.

Les Grossman, the brass studio exec from "Tropic Thunder," is getting his own film -- which Cruise will star in and produce.

Paramount sent a press release to EW with a "statement" from Les about his reaction to the script -- with Grossman saying “To quote my great friend Kirk Lazarus, 'I don't read the script, the script reads me.”'