In the new issue of GQ, Taylor Lautner says he won't take off his shirt for just anyone ... but, thankfully, he did it for the magazine. 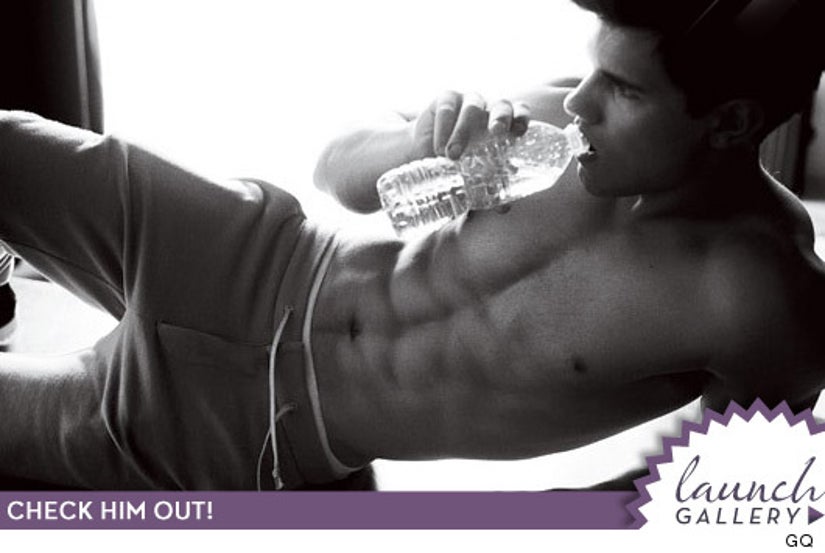 In the interview, the "Twilight" star says of his role in "Valentine's Day," “Originally I was supposed to take off my shirt. I said, 'Whoa, whoa, whoa. Time out. He's gonna take off his shirt in the middle of school? No, no, no. The reason I took off my shirt for 'New Moon' is because it's written in the book that way. And there's reasons behind it.”

Check out the ab-tastic pics above ... and the full article when it hits newsstands next Tuesday.