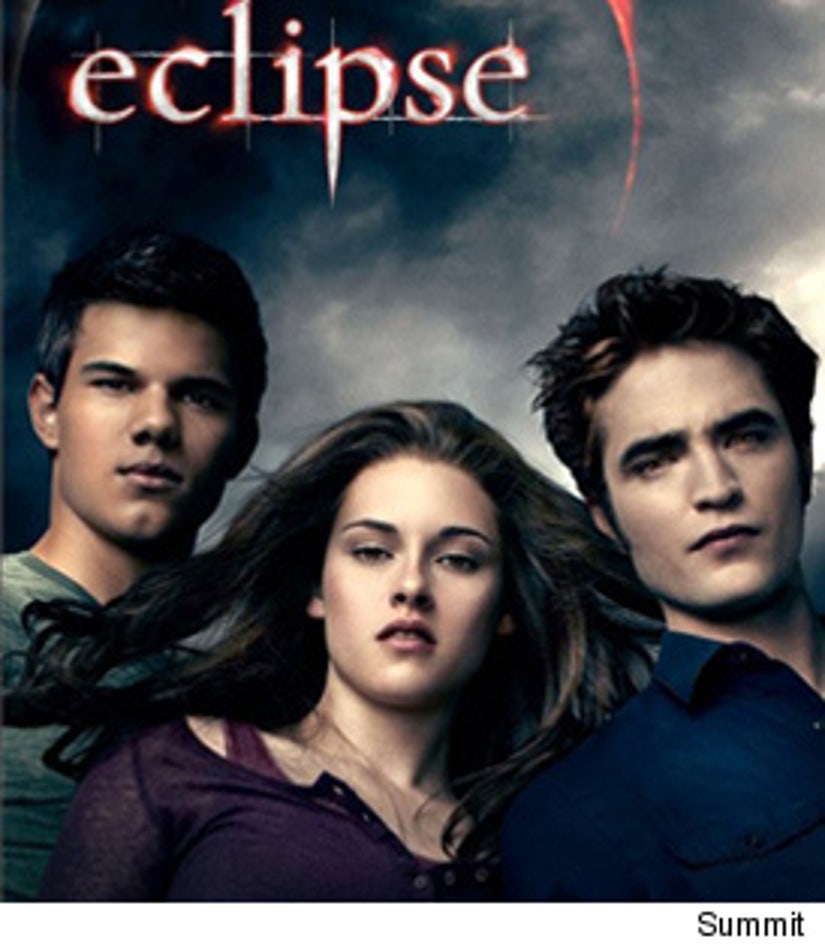 According to EW, "The Twilight Saga: Eclipse" raked in more than $30 million from its midnight shows last night -- beating "New Moon's" midnight gross of $26.3 million, which was the largest 12:00 take-in ever.

The third flick in the vampy franchise also broke the record for the largest North American release ever -- opening in 4,408 theaters on Wednesday.