Maroon 5 just debuted their new music video for "Misery" over at MTV -- and even non-fans are probably gonna like it. 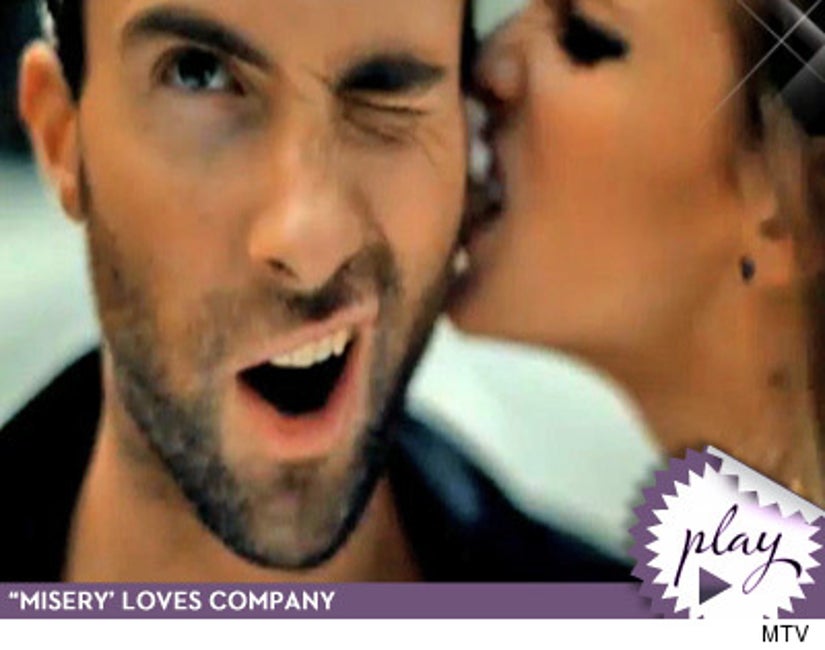 Those who love the band will dig the catchy tune and seeing Adam Levine looking hot as usual -- and the haters, well, they'll probably like the sight of a hot chick beating him up the entire time!

The song is from the band's upcoming album, "Hands All Over," due in September.