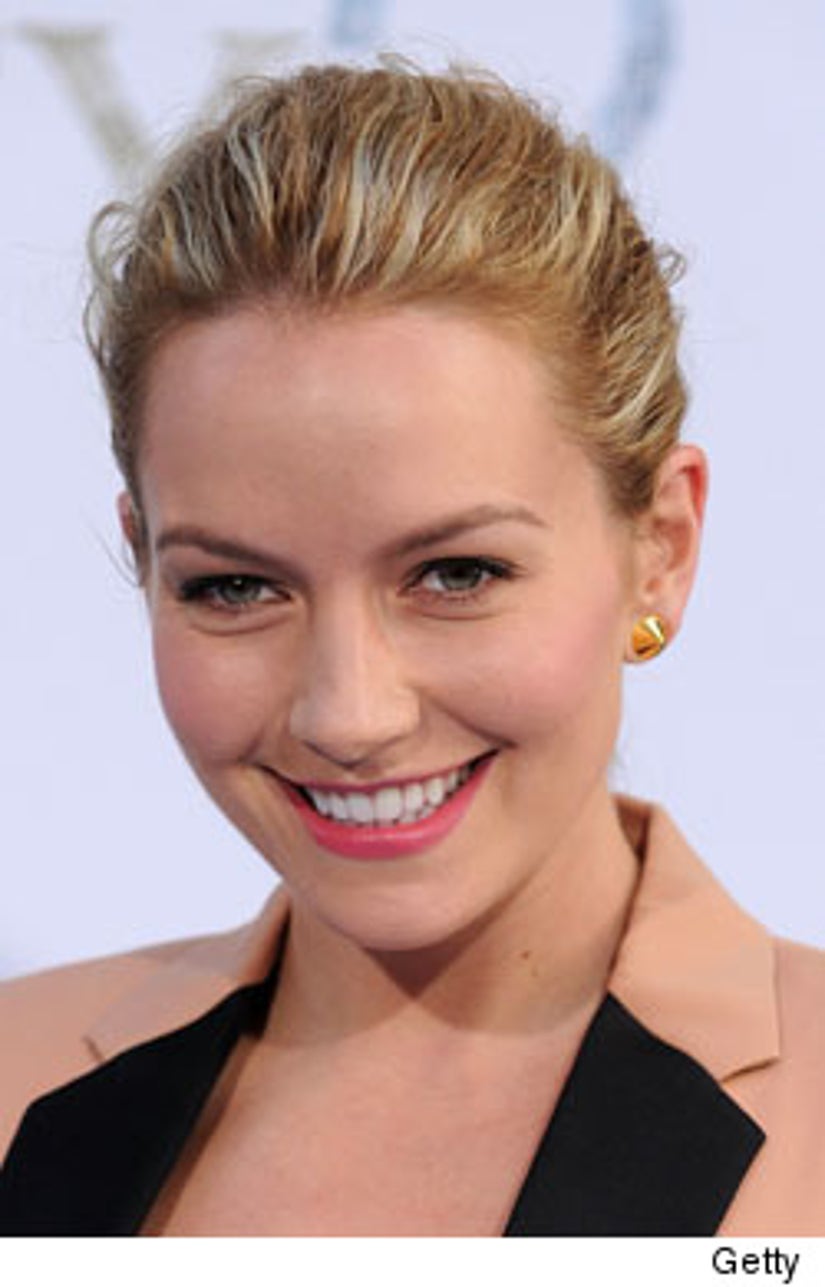 Former "Ugly Betty" star Becki Newton is having a baby in real life -- but on her new TV show, she's supposed to play a virgin. Yeah, that's a problem.

NBC's executive VP of current programming Vernon Sanders says, “She plays a virgin [in the pilot episode of "Love Bites"], so we have to make adjustments to that.”

According to USA Today, the show has been pushed back to give her some extra pregnancy time and will instead make a midseason debut.

This is baby #1 for 31-year-old Newton and her husband Chris Diamantopoulos -- who got married in May 2005.