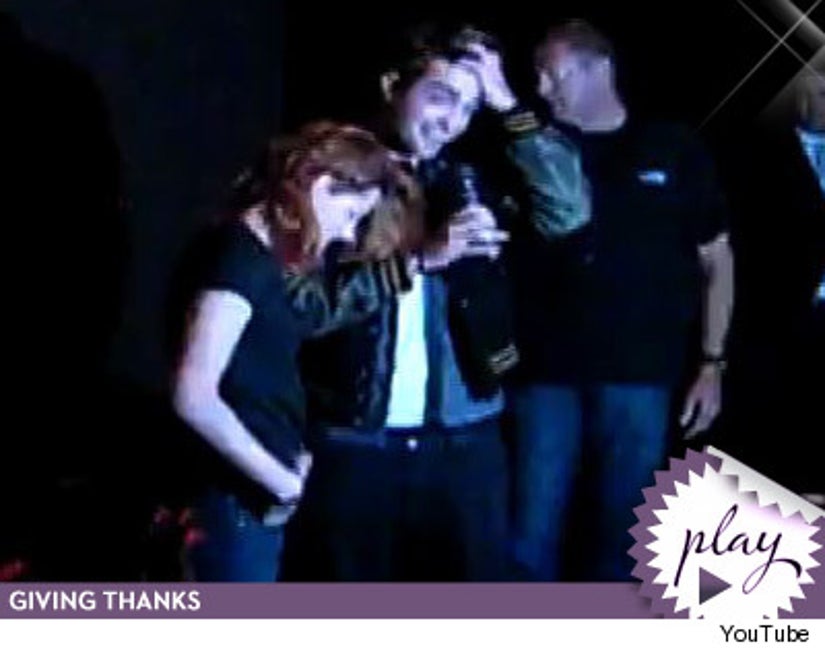 The cast had been making appearances in theaters all weekend -- Taylor Lautner hit up a showing in Pittsburgh, Ashley Greene in Jacksonville -- and the film's two main stars were no exception.

Stewart told the crowd they "just wanted to come and say thank you formaking it such a great weekend," with Pattinson adding "I hope you like the moviebecause otherwise this would be really embarrassing."

As we previously reported, the film pulled in $175 million over six days.