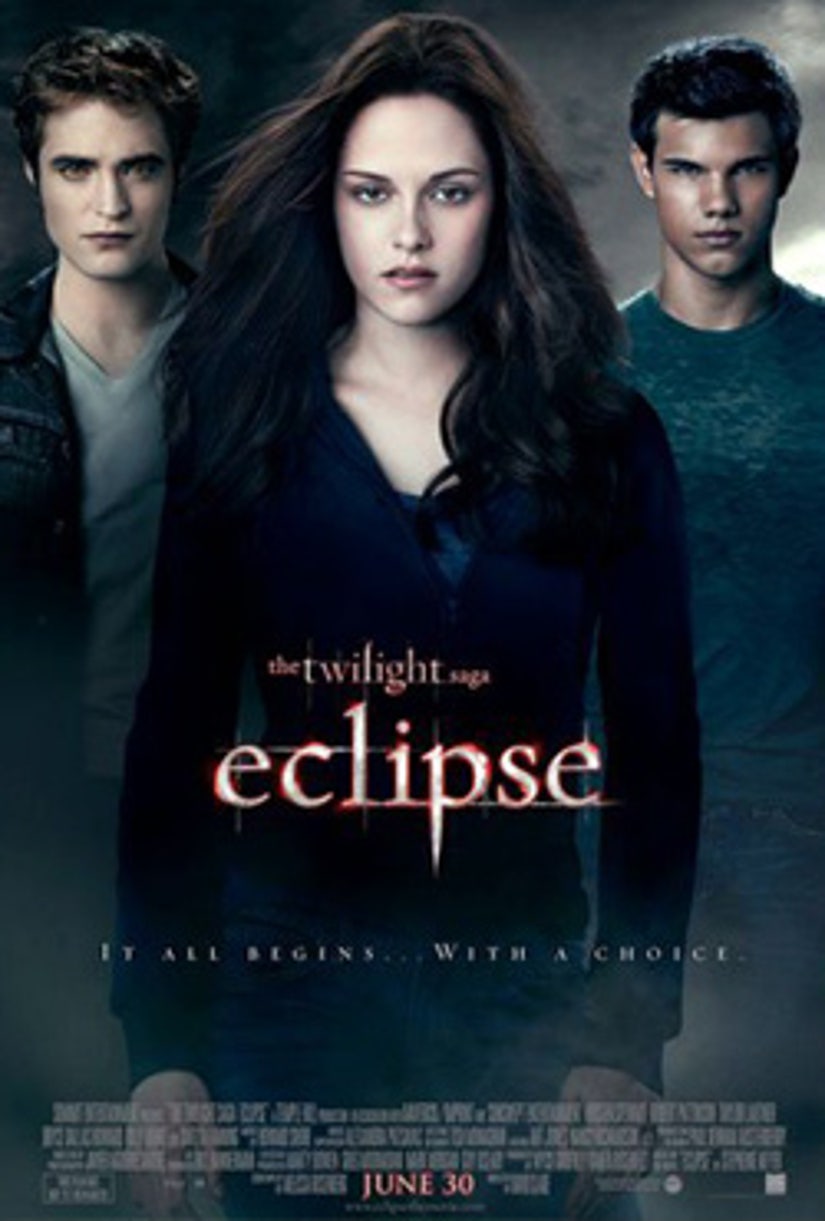 The third installment of the "Twilight" saga couldn't beat its predecessor -- because "Eclipse" fell short of topping the six-day opener of "New Moon" by just $3 million.

According to EW, the latest vamp and shapeshifter flick grossed $175 million, a pretty good haul considering the flick reportedly cost $68 mil to make.

"Eclipse" star Jackson Rathbone had even more to celebrate this weekend -- his other movie "The Last Airbender" opened second, and despite bad reviews, still pulled in $70 million.