School's out for summer, but the twenty-somethings who play high schoolers on the CW are back at work -- and Tweeting photos from the set. 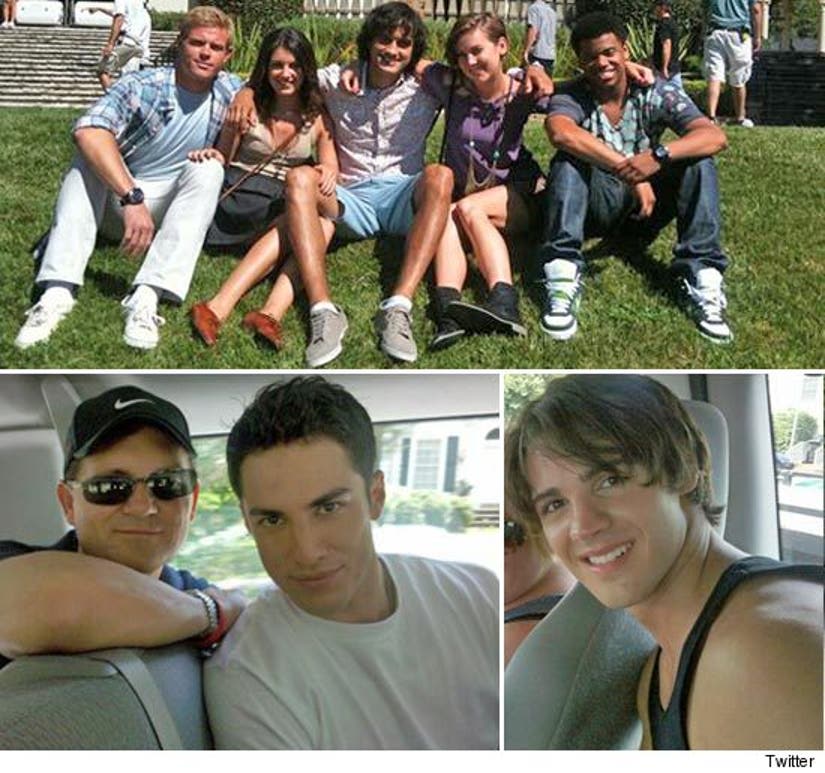 Earlier today, Jessica Stroup posted a pic of her, Trevor Donovan, Shenae Grimes, Michael Steger and Tristan Wilds during filming of "90210." As we previously reported, Trevor's "Teddy" and Michael's "Navid" are in the running to come out of the closet next season.

Both shows return to the CW in September.