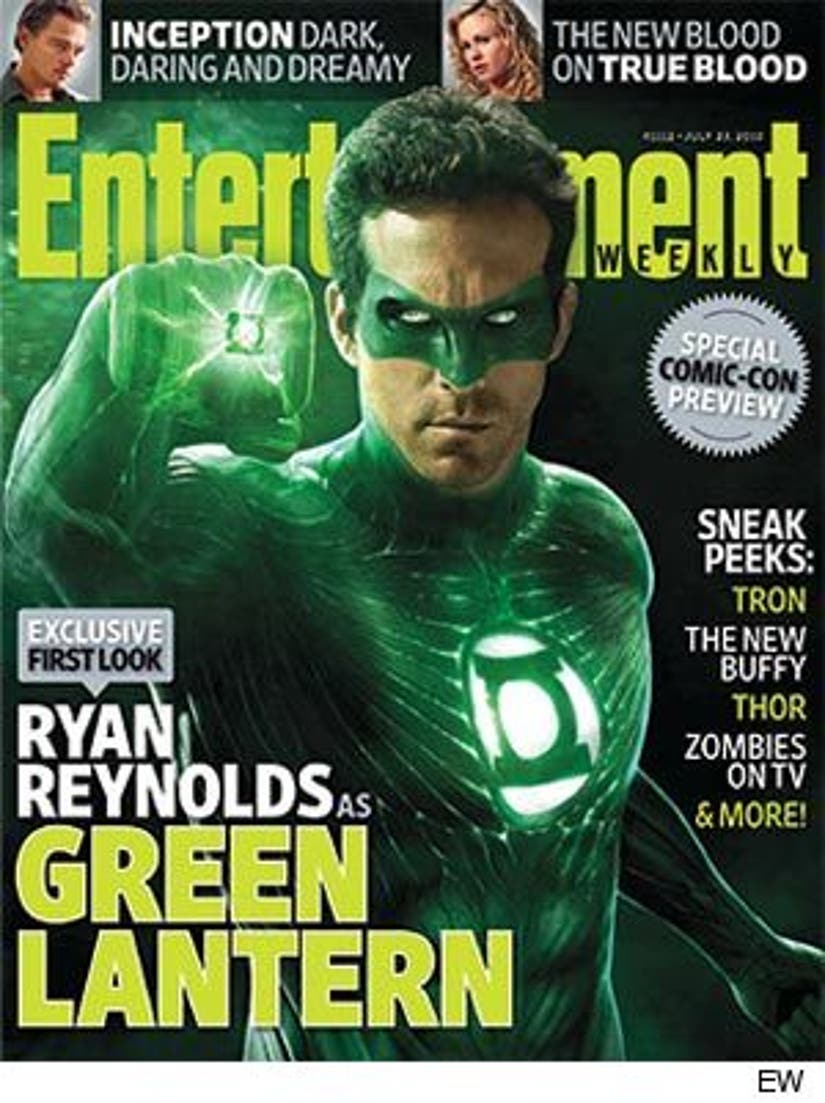 The first shot of Ryan Reynolds in costume as The Green Lantern was released today -- and going green has never looked so good!

EW posted the pic from their Comic-Con preview issue -- out tomorrow -- which shows Reynolds as Hal Jordan, a test pilot who becomes a superhero thanks to an all-powerful, glowing ring.

Reynolds was reportedly injured Monday filming the flick -- but was back to work as scheduled on Wednesday.