Filming for "Pirates of the Caribbean: On Stranger Tides" has begun in Honolulu, Hawaii -- and today we've got our first shot of Geoffrey Rush as Captain Barbossa! 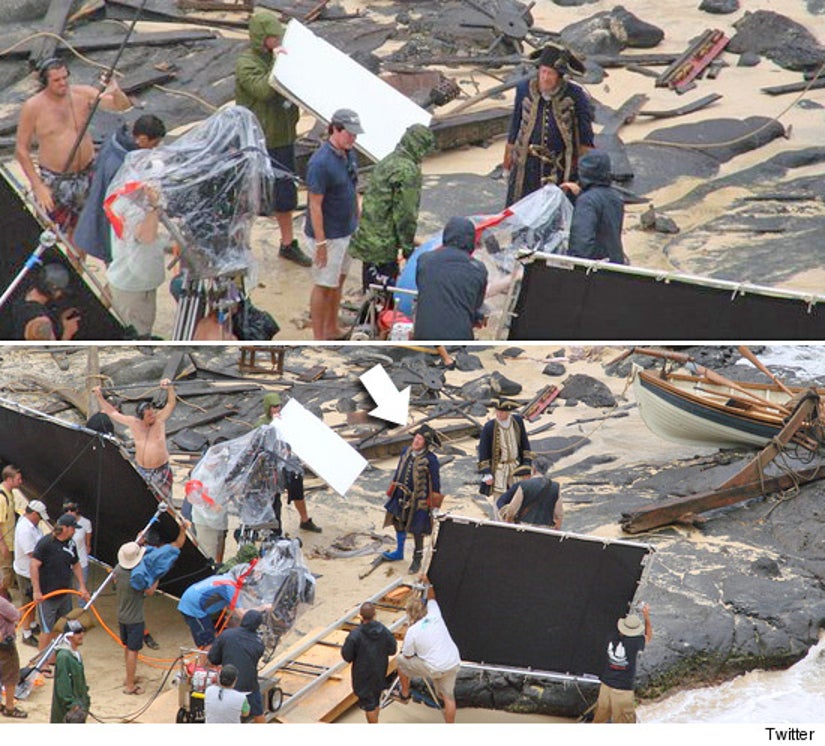 The pics, shot by a local who posted them on Twitter, show the film's crew hard at work at Halona Cove -- the same beach where the famous love scene in "From Here to Eternity" was shot.