Captain Jack Sparrow made a special appearance at Comic-Con yesterday -- when he teased the audience with clues about the brand new "Pirates" flick! 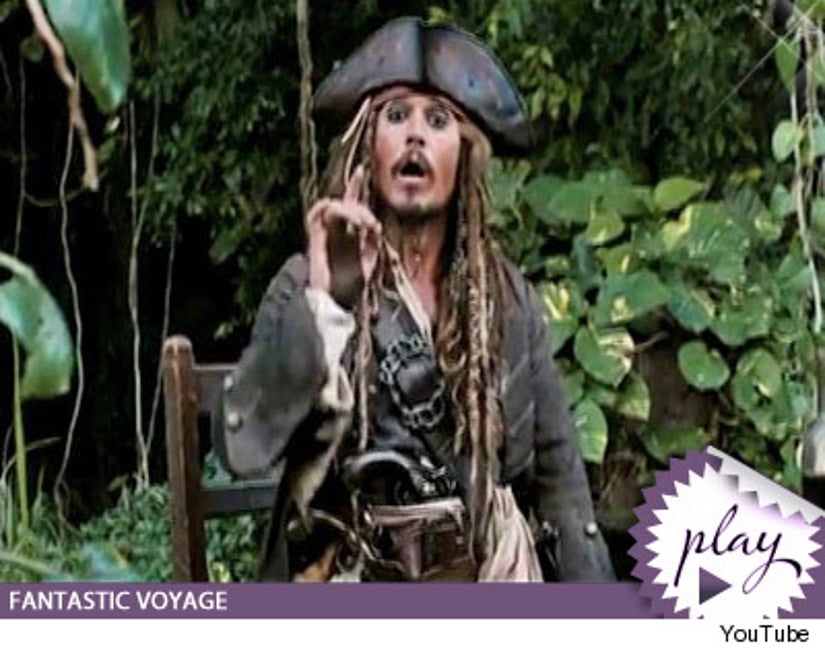 In a pre-recorded message played at the Disney panel, an in-character Johnny Depp hinted that in "Pirates of the Carribean: On Stranger Tides" will be packed with "zombies, cutthroats, mermaids, and the vicious and vivacious Penelope Cruz."

Seeing Depp slurring as Captain Jack again has us excited, how about you?