Anna Paquin, Rutina Wesley and Deborah Ann Woll all looked bloody good at Comic-Con over the weekend -- and we know how much they dropped to get that way. 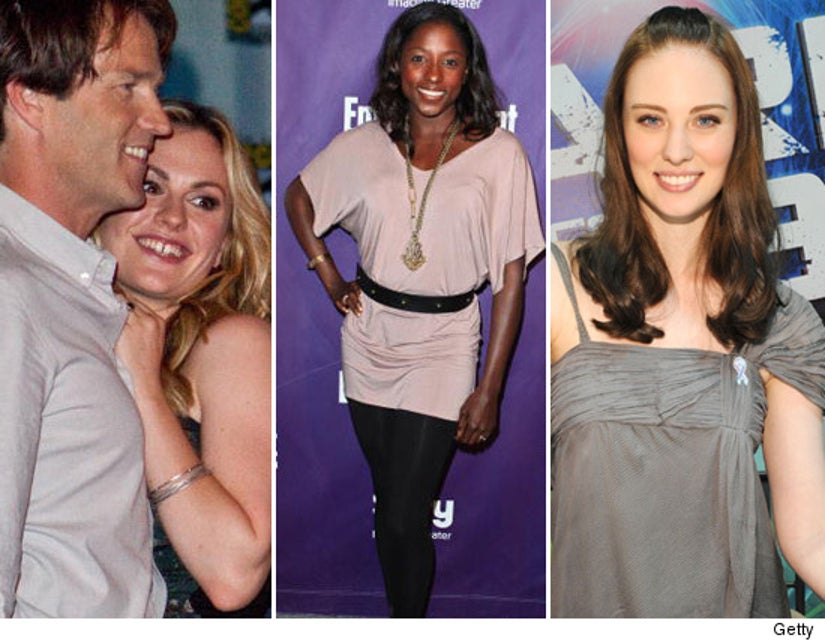 Paquin's best accessory was fiance Stephen Moyer, but coming in a close second were the 18k white gold bangles on her left wrist. We've learned they were from jeweler Jamie Wolf -- and retail for anywhere between $970 - $1,340 each.

Wesley stepped out to the EW & SyFy party in a Riller & Fount "Jenny" dress --which goes for $121 online.

And Woll, who plays Jessica on the show, hit the scene in a sea green Gold Hawk, asymmetric dress -- which would set you back $253.