The Jonas Brothers played one of their most intimidating gigs ever last month -- when they performed a Beatles song ... while Beatle Paul McCartney watched ... at The White House ... in front of the President! 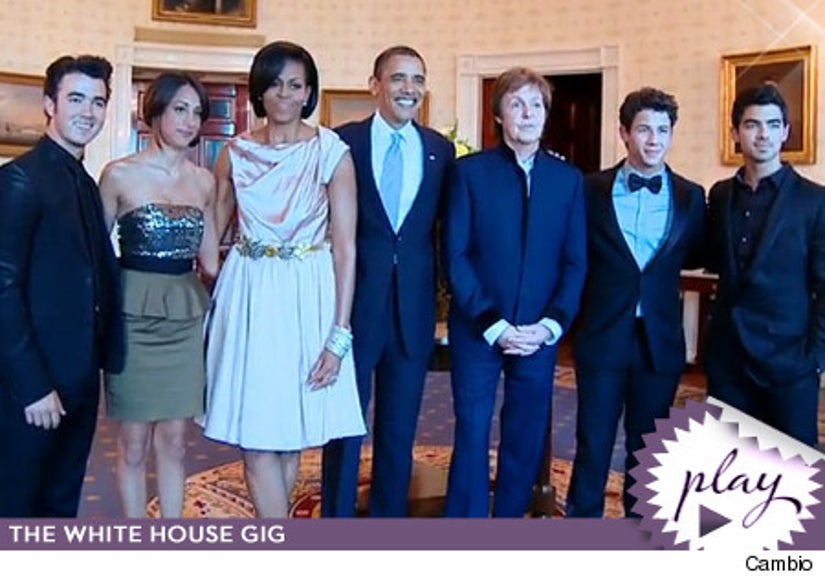 The performance, taped June 2 but airing tonight on PBS, was part of a ceremony where Sir Paul was awarded the Gershwin Prize for Popular Song by President Barack Obama.

Check out all the behind-the-scenes action leading up to Nick, Joe and Kevin's performance of "Drive My Car" -- and watch out for cameos from Jerry Seinfeld and Foo Fighters frontman Dave Grohl!

Thanks to Cambio for the footage!