It was Britney and Brittany on the set of "Glee" today -- when Britney Spears filmed a scene with the fan favorite, similarly-named Cheerio. 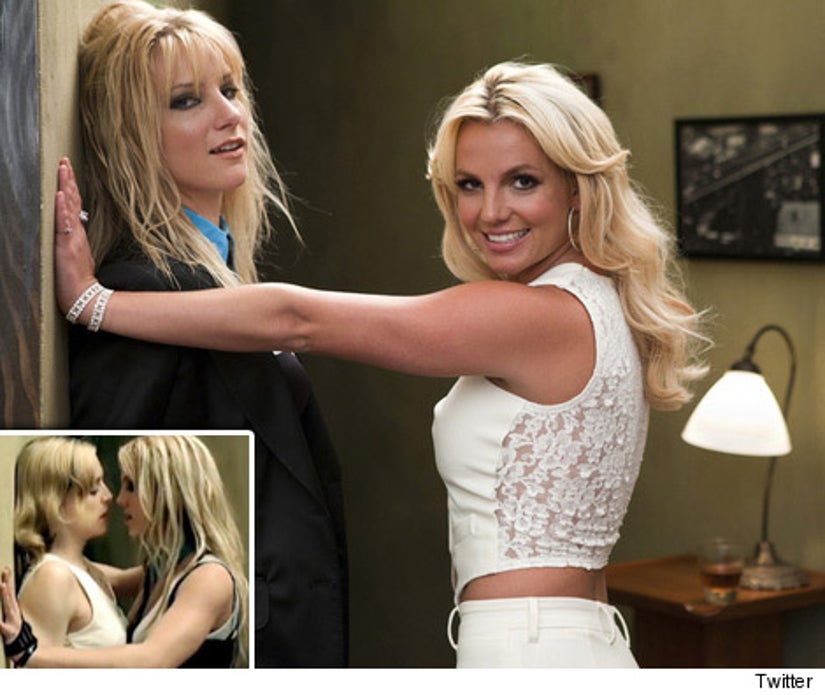 The pic -- which Brit just tweeted -- shows Heather Morris' character dressed like Mr. Spears from "Me Against the Music" video (inset) and Brit Brit herself in Madonna's costume from the same vid.

The message she sent with the shot: All my GLEEKERS in the crowd, Grab a partner take it down.

We know they're only now filming, but who else can't wait for this episode to air already?!