Miranda Lambert had a great morning today -- because she just landed nine CMA Awards nominations, the highest of any female artist in a single year ever. 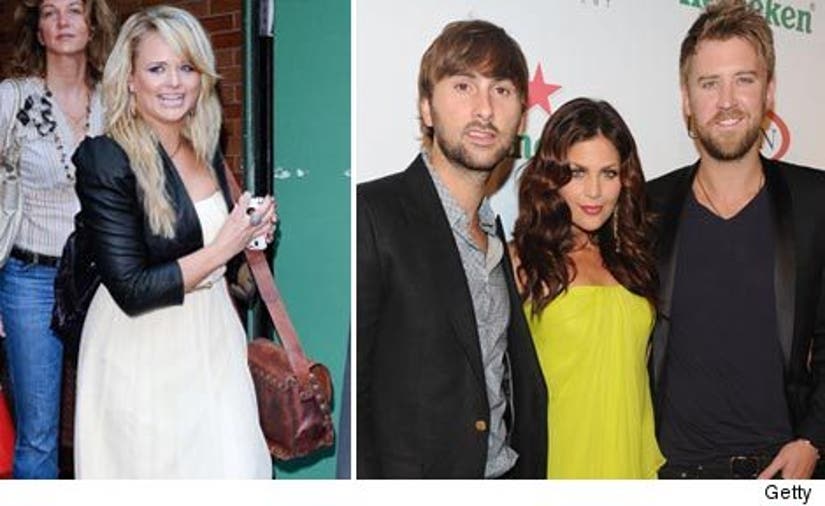 Other big nominees include Lady Antebellum (pictured), who nabbed 5 noms, Zac Brown Band and Shelton got 4, Brad Paisley and Dierks Bentley racked up 3 while Carrie Underwood, Keith Urban and George Strait got 2.

The awards air live on November 10. See the main noms below and the full list here.