Two "Clueless" co-stars are teaming up again -- in a brand new vampire movie. 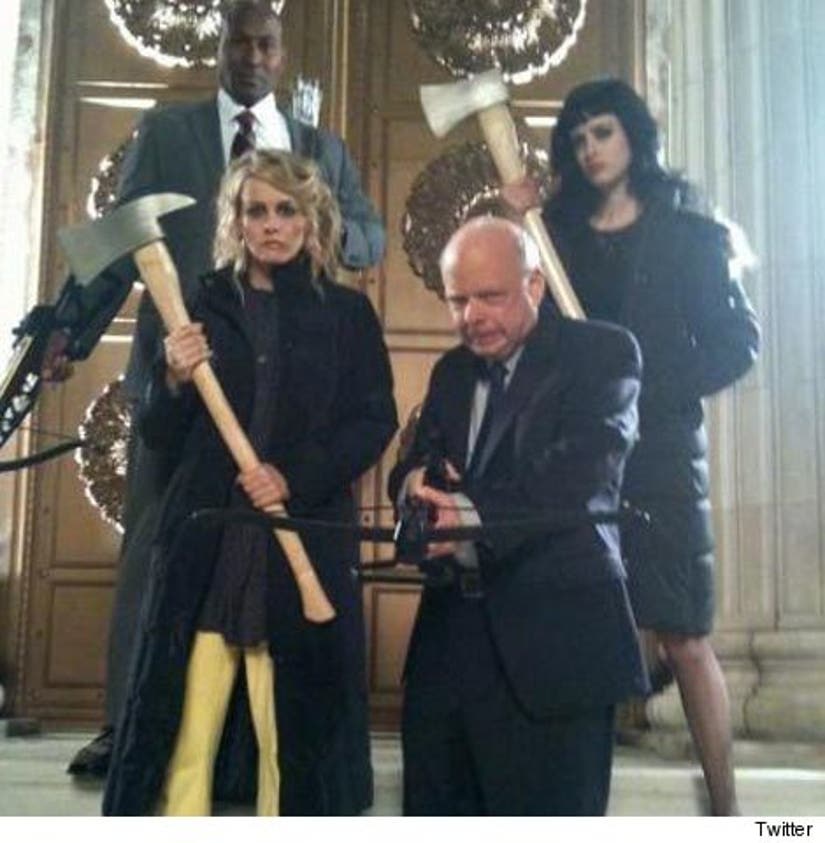 Alicia Silverstone, who played "Cher" in the hit 1995 flick, just tweeted the above photo from the set of her movie "Vamps" -- and Mr. Hall himself, real name Wallace Shawn, is front and center!

Shawn plays vampire hunter Van Helsing while Alicia is one of the fanged ones in the New York based flick.

The movie is written and directed by Amy Heckerling -- the same woman who did "Clueless."