As London Fashion Week kicks off in the UK, Sarah Jessica Parker, Naomi Campbell and Kate Moss mourned designer Alexander McQueen, who took his own life in February. 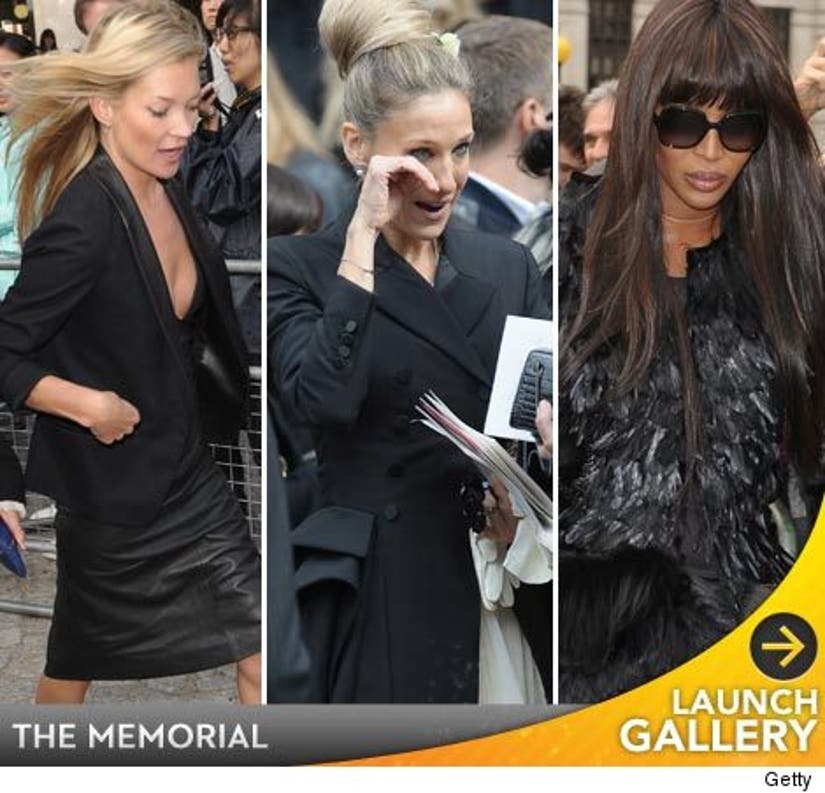 SJP paired her black shoes and jacket with a cream colored dress, Naomi wore a black feather jacket and boots and Kate kept it simple in a black leather skirt.

Vogue's Anna Wintour and designer Stella McCartney were also at the memorial, which was held today at St. Paul's Cathedral.

Lady Gaga, who was not present, honored the late designer by wearing his clothes on the white carpet at this year's VMAs last week.