Celebs go to Las Vegas for bachelorette parties too -- and this weekend, Katy Perry celebrated hers with gal pal Rihanna! 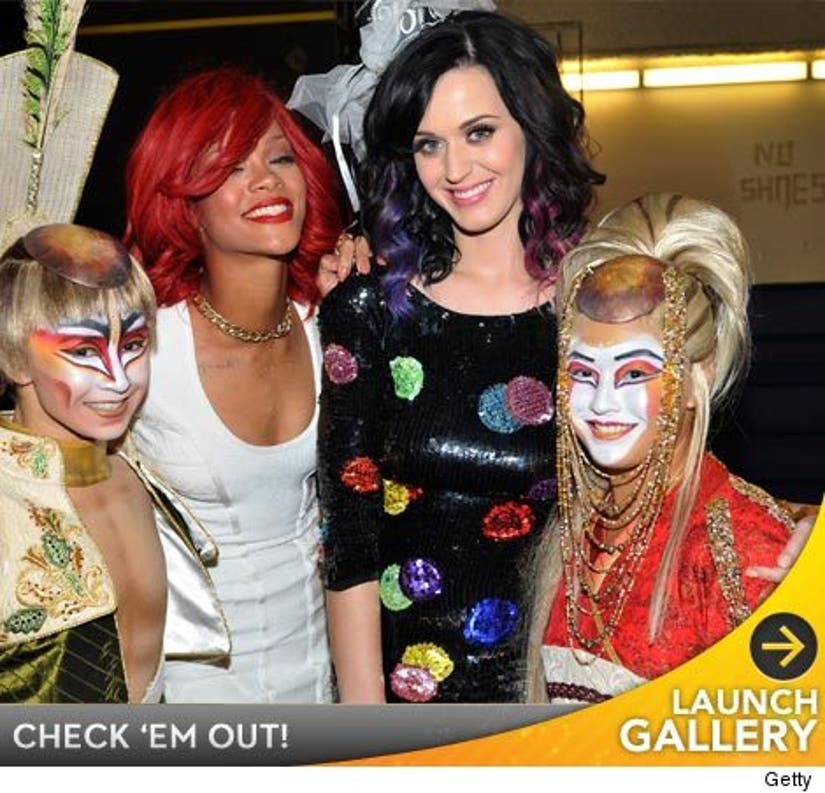 The two pop stars were spotted sipping on drinks at the Hard Rock Hotel & Casino's pool during the day on Saturday, before heading to a performance of Cirque du Soleil's KA at the MGM Grand -- where they met with the cast backstage.

Both RiRI & Katy were also spotted at XS nightclub at the Encore and Sapphire strip club, according to JustJared.

Katy's fiance, Russell Brand, was arrested at the airport on Friday after getting into a fight with a paparazzo.