The eagerly anticipated second season of "Glee" kicks off tonight -- and we've got your first look at some behind-the-scenes action for one of the premiere's big musical numbers! 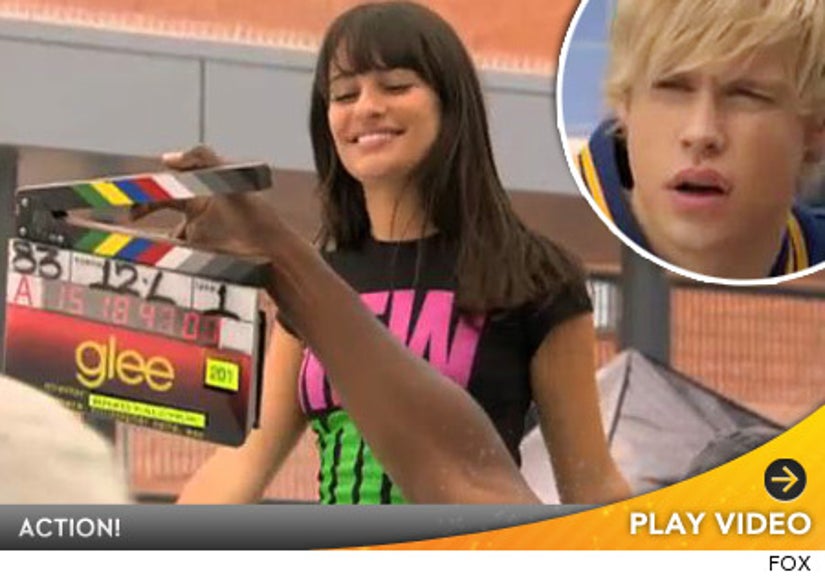 Check out this extended clip of the cast filming their performance of "Empire State of Mind" from tonight's episode -- and a better look at hot newcomer Chord Overstreet (inset).

As we reported yesterday, Gwyneth Paltrow is in talks to guest star this season as a love interest for Mr. Schuester.