Rosario Dawson met with Italian designer Rocco Barocco yesterday in Milan -- where she picked out an outfit with the help of photographers. 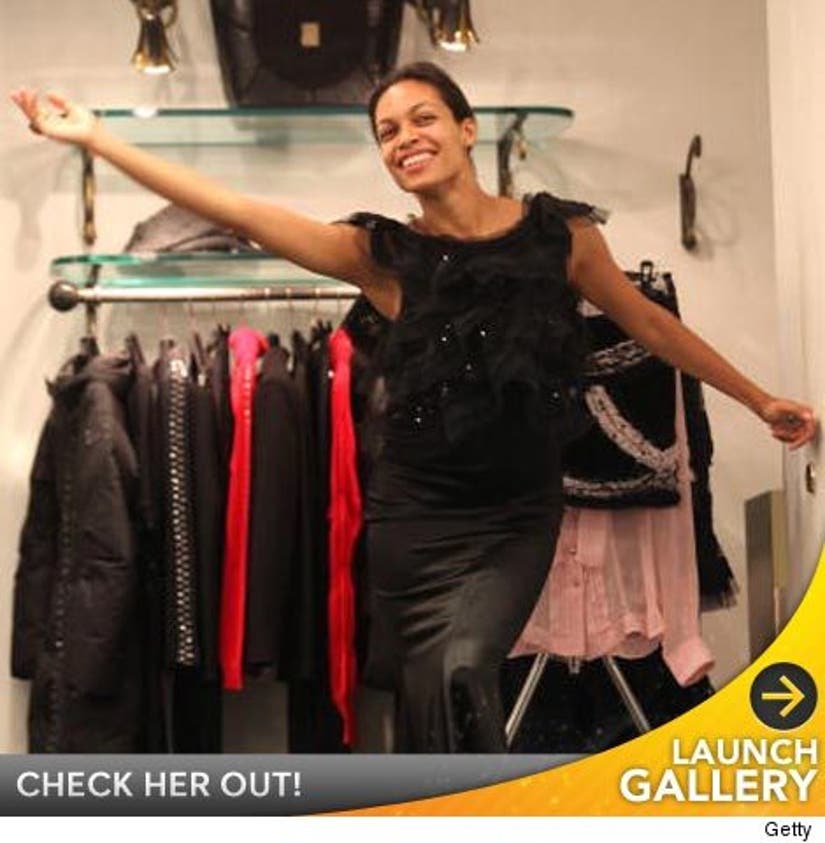 While trying on clothes with the designer, the actress hammed it up for the cameras while posing in each outfit for the paparazzi outside.

FYI -- She eventually went with the short cocktail dress and was seen wearing it at a party for Barocco later later night.