The stars of the flick "Let Me In" braved the record-breaking heat for the film's L.A. premiere last night, where they had one thing on their mind: Vampires. 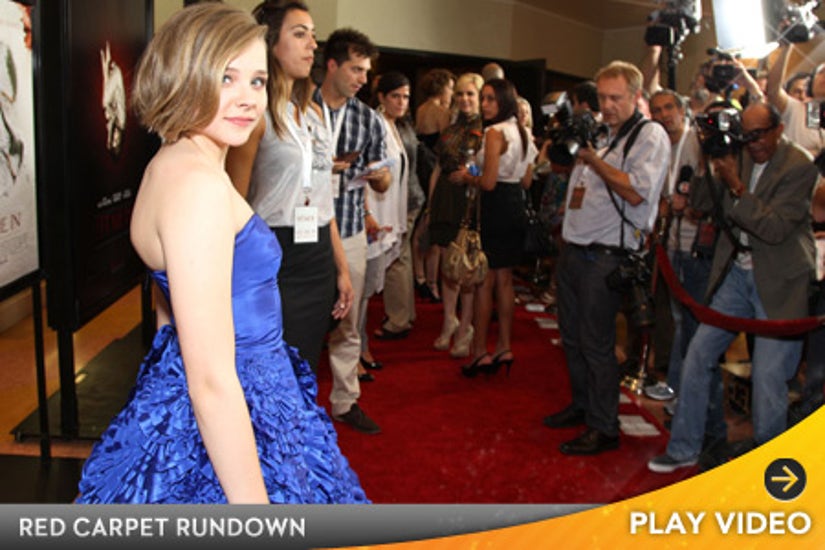 Chloe Moretz, looking adorable in a Betsey Johnson dress, plays fanged-one "Abby" in the new film -- and admitted even her supernatural alter-ego would have a hard time battling one of her other movie characters: The trash talking "Hit Girl" from "Kick Ass."

Chloe's young co-stars Kodi Smit-McPhee and Jimmy Pinchak compared "Abby" to the sparkling vamps of "Twilight" ... and even placed their bets on who would win in a fight.

Check out all the red carpet action above -- and more photos from the premiere here!

The movie opens this Friday.