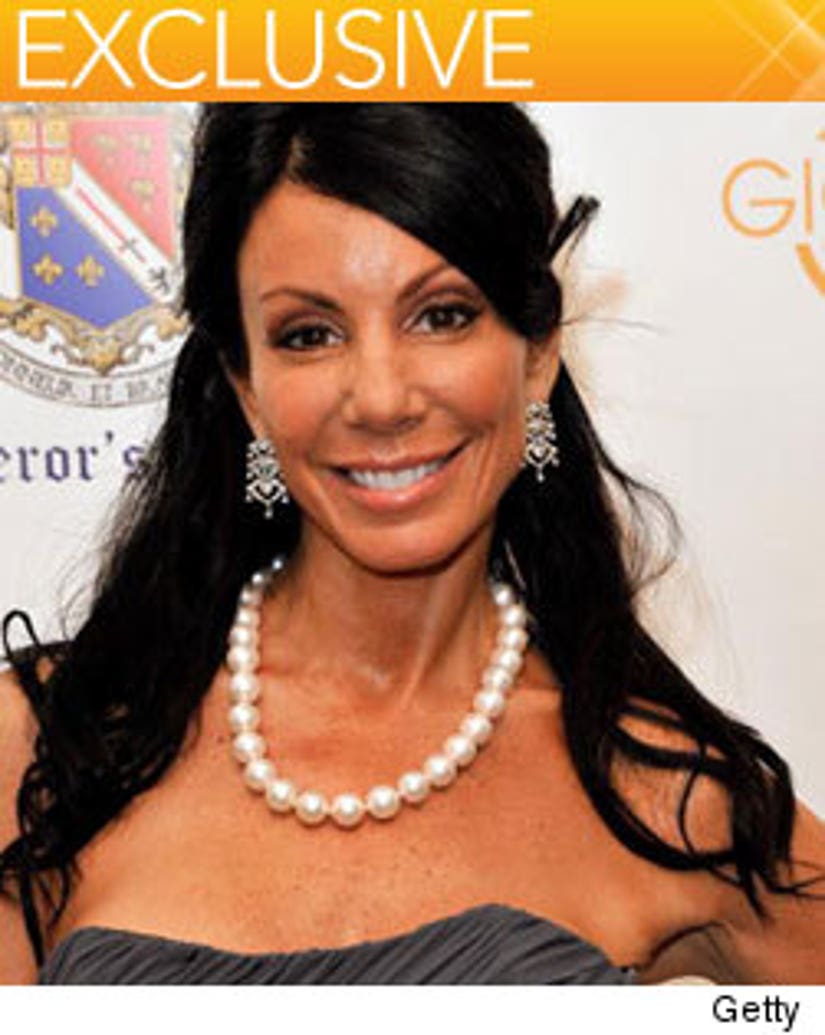 The "Real Housewives of New Jersey's" Danielle Staub is expanding her empire ... yet again: She's planning to launch a jewelry collection!

Staub, who already has a T-shirt collection called “Danielle's Mafia,” exclusively reveals to TooFab that she's in the midst of designing a cross-inspired line and she hopes to launch it in time for the holiday season.

“I want the crosses to be an insignia of just being close whether it's a religious thing, or a relationship thing. It's a nod to my song [with singer Lori Michaels, "Real Close"],” she says. “I already have the design of the cross. The cross to me is not gothic, but very sweet, big, bold and beautiful."

The collection, Staub tells TooFab, will span the accessories spectrum. “I want to do rings, and I want to necklaces, but I want to keep them on leather or black rope. I don't like necklace chains around my neck, so I'm not going to put them in the collection. I also want to do cuffs, but I want them to be adjustable.” As for earrings, Staub says she's passing, since “I think they'll be too heavy.”

Staub she's hoping to collaborate further on the line with Versani, a 20-year-old fine jewelry house based in lower Manhattan. “Versani's crosses initially caught my eye, and when I spoke to Versani the designer sketched a design that was spot on.”

And Staub isn't stopping at accessories: She also wants to launch a full clothing collection, consisting of skirts, pants and blazers. “I want to do ghetto meets glam,” Staub says of the collection's design aesthetic. “Stuff you can wear that's glamorous, where you can go to the Russian Team Room or the Plaza, but also casual, where it's something you can wear while hanging out with your kids.”