Matt Damon's wife Luciana Barroso won't let being pregnant stop her from being sexy -- and last night, showed off her curves in a wild leopard print dress! 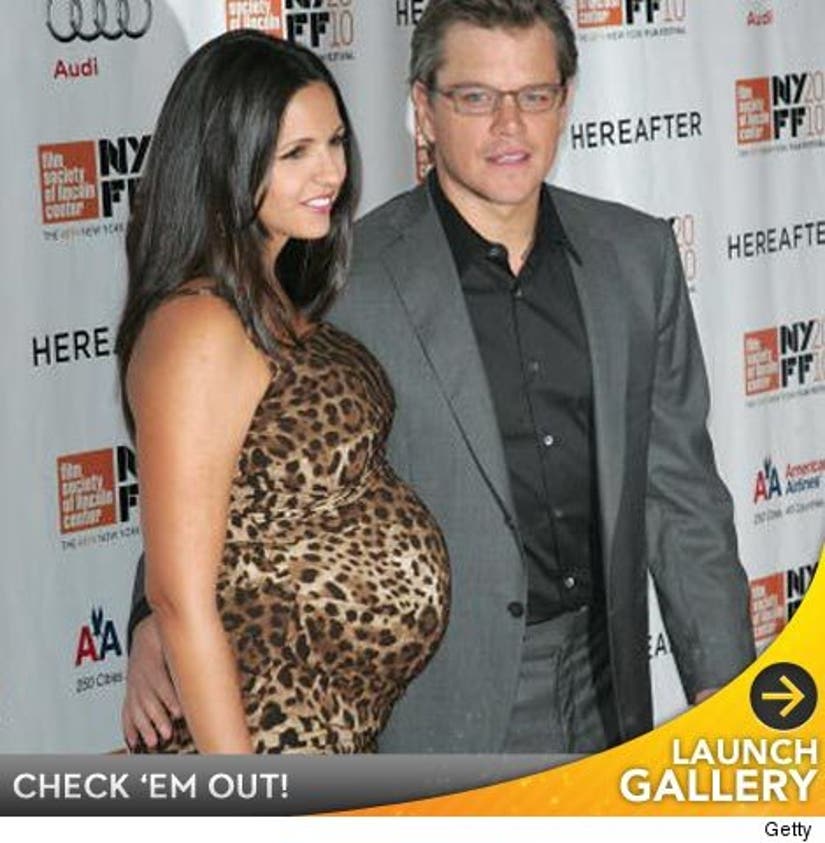 The couple, who are expecting their third child together, walked the red carpet together for a screening of Matt's new movie, "Hereafter," last night in New York.

Matt and Luciana, who also has one other daughter from a previous marriage, announced the pregnancy back in April.