"Sons of Anarchy" star Charlie Hunnam shows how he keeps his sexy physique in check in next month's issue of Men's Fitness -- and describes how his strength and a handy machete once stopped a burglar in his own house! 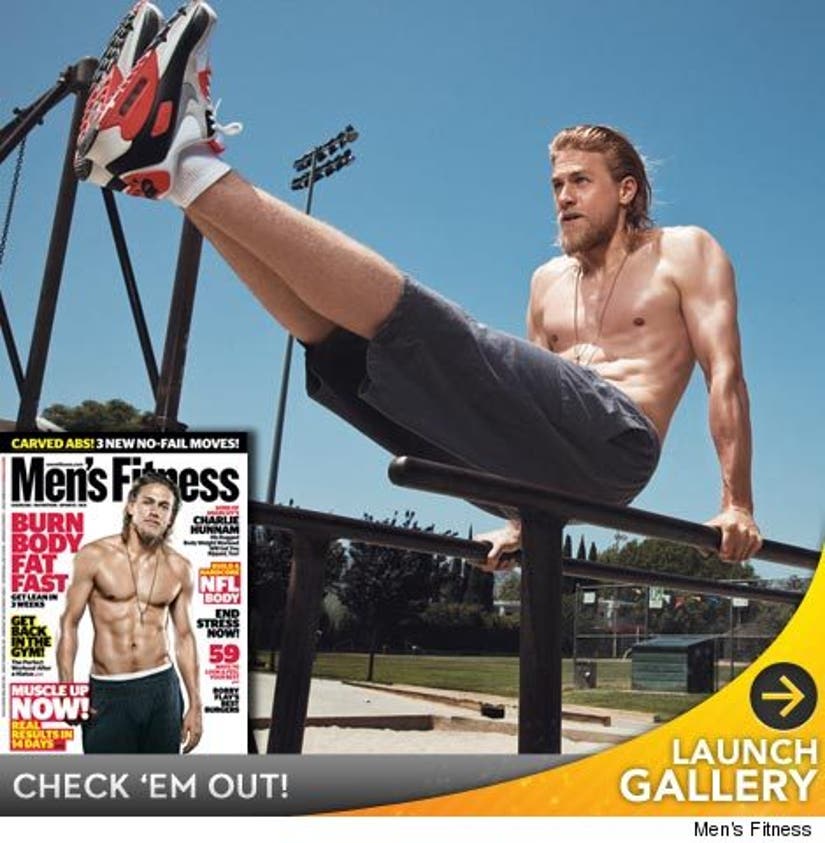 A couple weeks before his interview with the mag, Hunnam says he heard noises at his place at 1AM -- and that's when he picked up the giant blade he keeps in his office and confronted a man ransacking his pad.

Not surprisingly, the guy never came back.

Check out Hunam in all his glory when the new Men's Fitness his newsstands October 18.