Following Christina Aguilera's Oct. 14 divorce filing from music producer Jordan Bratman, 33, speculation has run rampant as to what led to the split. It seems that a major factor was the 29-year-old singer's increasingly close, emotional friendship with deejay (and Lindsay Lohan's ex) Samantha Ronson, 33, a source tells TooFab. 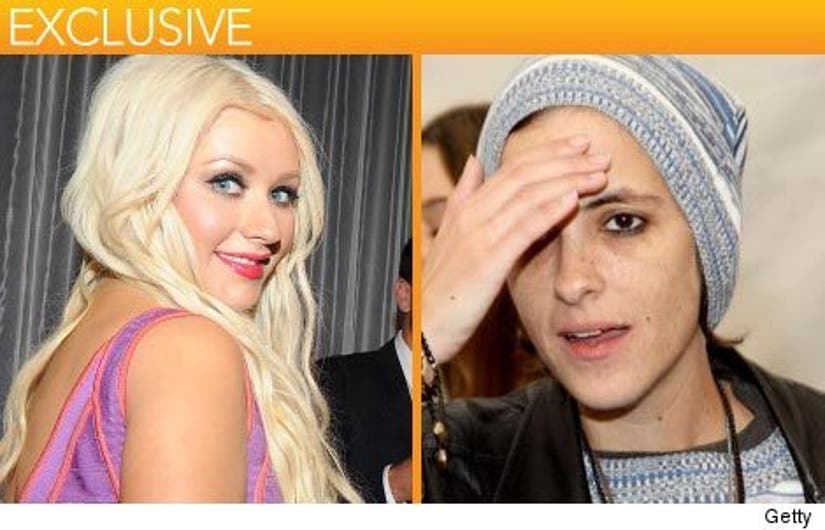 “Christina's been friends with Sam for a while, like they all went to Cabo in September with Nicole Richie, but they were hanging out a lot more in recent months, and they created a new posse of girls that Christina hung out with, so it started to be really frustrating for Jordan, that she had this relationship with these girls, but particularly this close one with Sam,” the source tells TooFab. “Jordan was feeling less than a man. It seemed like she was more interested in hanging out with Sam than him. This had been going on for several months.”

As an aside, the source tells TooFab that Ronson's ex, Lindsay Lohan, was also unnerved by her relationship with Aguilera, 29. “It caused a lot of problems with Lohan and Sam. Before [Lohan] went into rehab, she was really frustrated with her relationship with Sam because of the Aguilera thing. She was extremely jealous.”

The source adds that Aguilera sought out a new crowd, because she was looking to shake things up. “She's been struggling with her career. She's not the same star she was a few years ago.” And the friendship has blossomed, even though “it's lowering Christina's street cred to hang out with Sam.”