David Arquette partied with the gals of "90210" this weekend -- when he hosted their joint birthday bash at the Roosevelt Hotel in Hollywood! 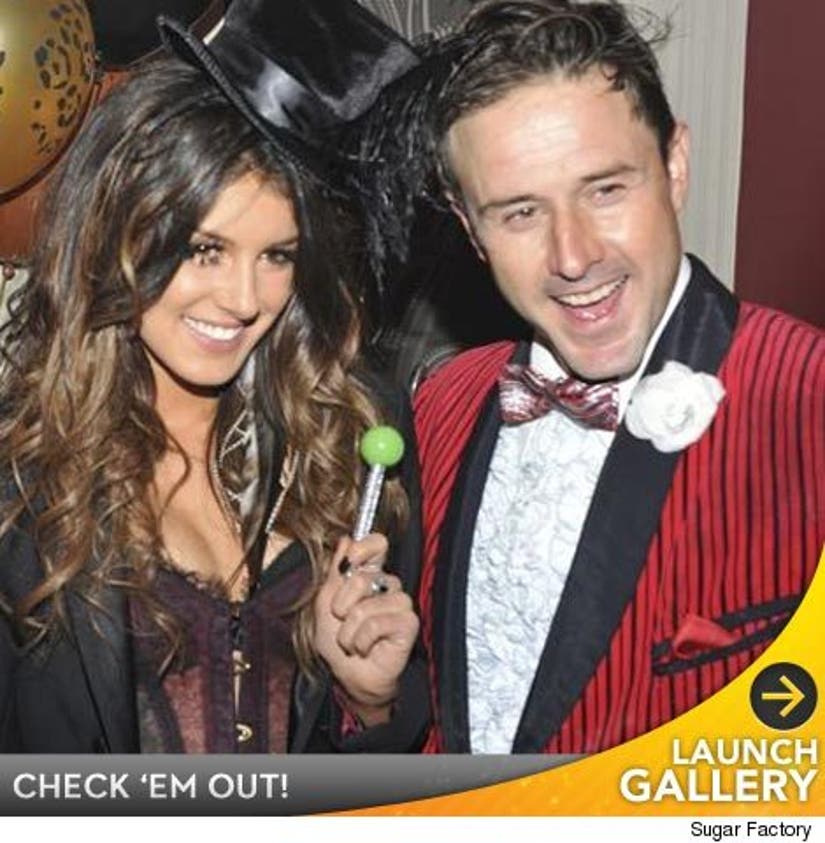 The newly single star gave Shenae Grimes and Jessica Stroup a sneak peek at David Arquette Presents Beacher's Madhouse while the two celebrated their 21st and 24th birthdays with a giant costume party.

We're told David was "in great spirits, with an ear-to-ear grin all night long" -- and the photos from inside the event definitely show it!

Shenae, who satisfied her oral fixation throughout the night with Sugar Factory Couture pops, and Arquette both appear in next April's "Scream 4" -- Grimes filmed a cameo and can be seen briefly in the flick's new trailer.