Heidi Klum may have won in the costume department -- but it'd be pretty hard to top the location for Maroon 5's Halloween party last night in L.A.: A cemetery! 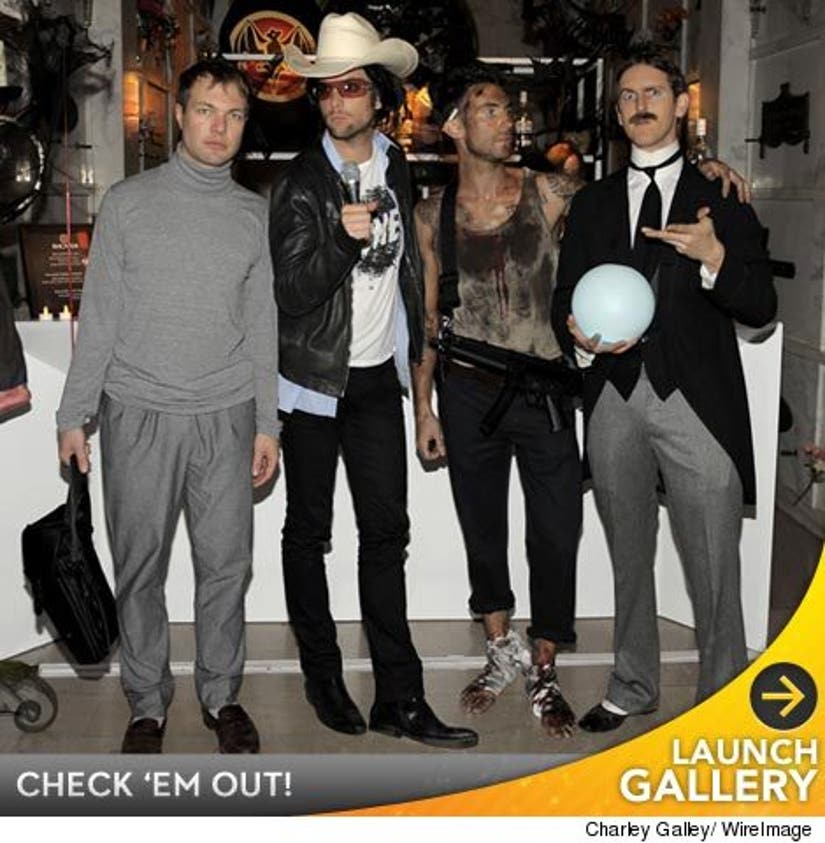 Bacardi hosted a bash for Adam Levine and the boys at the Hollywood Forever Cemetery -- inside one of the mausoleums!

Adam dressed as John McClane from "Die Hard" for the carnival themed affair. Bandmate James Valentine went as Bono, Jesse Carmichael was Nikola Tesla and Michael Madden was The Boy with the Red Balloon.

Check out the Bacardi party pics!