Mel Gibson may be sitting for his deposition this morning in L.A. -- marking the first time he's seen his ex Oksana Grigorieva in months -- but that didn't damper his Halloween spirit this weekend. TooFab has obtained this exclusive photo of the actor in costume at a Friday night party. 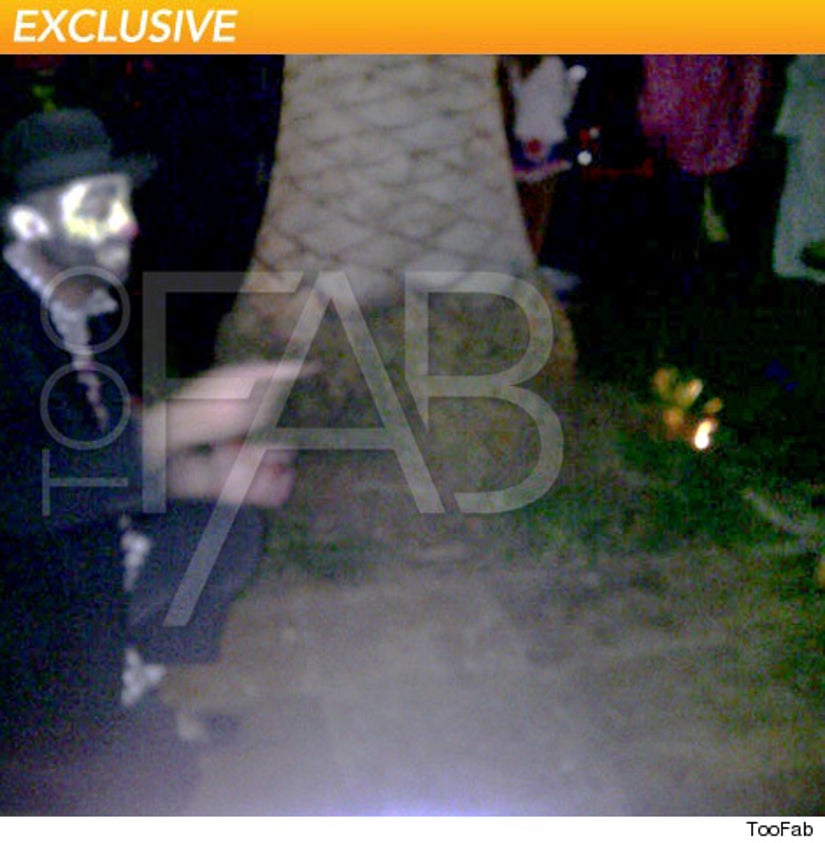 Dressed in a “Hobo Clown” costume, Gibson attended the party at a private home in Beverly Hills. We've confirmed 100% that it's Mel in the photo.

A source tells TooFab that Gibson “smoked cigarettes, and appeared to have fun talking to a rotation of women. Disguising his face, and sometimes his voice, he seemed to enjoy being incognito, and only a handful of people seemed to have found him out.”