We've got another TooFab Q&A for you today -- this time with Hilary Duff, who returns to TV tonight with a guest starring role on NBC's "Community." 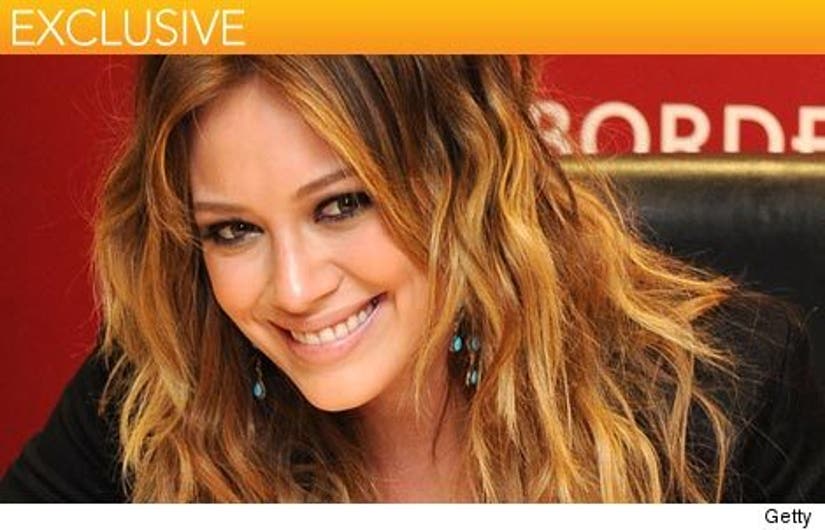 In her one-on-one with TooFab, Hilary talked about her threats to the show's star Joel McHale ... getting cred with her guy friends ... and working on a movie Charlie Sheen just filmed a cameo for!

Is your husband [hockey player Mike Comrie] a fan of "Community"? Did he get a chance to visit you when you were on the set?

"You know what? He was already in Pittsburgh at the time, because that's where he's playing hockey this year. But he was so excited when I told him I was doing the show. So many guys in my life, like a lot of my guy friends love the show and I totally got respect for doing it ... they're like, 'No way, oh my God, we DVR that at home and like, we love it, we've watched it since the beginning!' And so it was fun to get to see the reaction."

Were you a fan of the show beforehand?

"I didn't start watching the show right away because I travel so much. But I did get into it, like halfway through last year and I think it's just really funny. It's quirky and the characters are strong and the actors get to have so much fun with it. It was cool; I was excited when I got the phone call."

Were you able to get back at Joel McHale for the comments he made on "The Soup" about your sister Haylie and her show [Legally Blonde The Musical: Search for Elle Woods]?

"You know what is funny, is Haylie and her boyfriend Nick love "The Soup" and so I think that, you know, she's - she has pretty thick skin and didn't care so much. But when I saw Joel, I was like, 'I'm just going to push you down, like, I just need to, it just needs to happen, I can push you down really fast.' And then say, 'Thanks for having me on your show.' But he was like, 'Oh, no, what did I say about you? Or your sister? I don't know, I don't know.'

"But he's very funny and I actually didn't get to have that many scenes with him, which was sad."

One last question. I know we're all interested in your various projects and I know Charlie Sheen just filmed a cameo in your latest film. How was it working with Charlie?

"You know what? This is like, another example of stories getting out of control. We both had cameos in this movie, so it's not my film. I didn't work with him at all ... but from what I've heard, he's great to work with."