Brittny Gastineau is following in the footsteps of her fellow celeb pals, including most recently BFF Kim Kardashian, and celebrating her upcoming 28th birthday over several evenings! 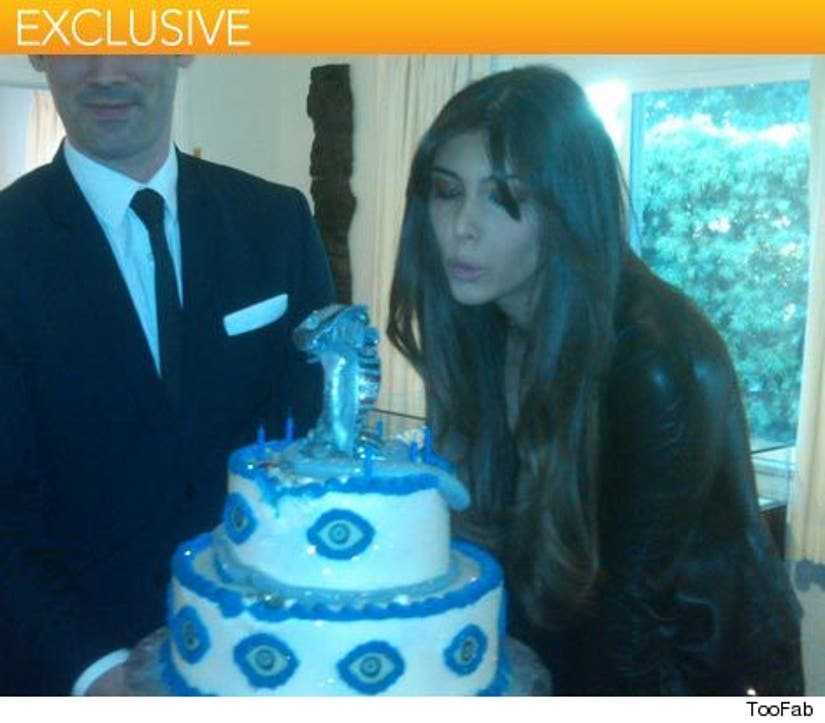 On Thursday, as a walk-up to her birthday week, she and her mom Lisa hosted a trunk show for their chic jewelry line Tres Glam at Roseark in West Hollywood, attended by pals including Courtenay Semel, E!'s "Married To Rock" star A.J. Celi and pal Jorge Lopez. And check out the "Diamond Eye" cake she was presented with at the trunk show!

Then on Saturday, Gastineau will head to Las Vegas, where she'll celebrate her birthday at TAO nightclub, which will also be celebrating its fifth anniversary.

And then on Sunday, Brittny will host a birthday dinner in Sherman Oaks for friends and family at--get this--one of Marilyn Monroe's former homes!

And these soirees are slated to attract her pals who are just as celebratory as she is, including Lala Vasquez, "Millionaire Matchmaker" star Patti Stanger, "The Real Housewives of Beverly Hills" star Taylor Armstrong, Celi and Semel.

But the most interesting party-goer slated to be part of the celebrations? Anaheim Ducks hockey stud Aaron Voros, who was spotted recently getting real cozy with Brittny while on a date at L.A.'s Chateau Marmont. Hmm...maybe he's her birthday wish!