It's no mystery the women of "The Real Housewives of Beverly Hills" have had a little work done to look like they do -- and now they're coming clean with the specifics! 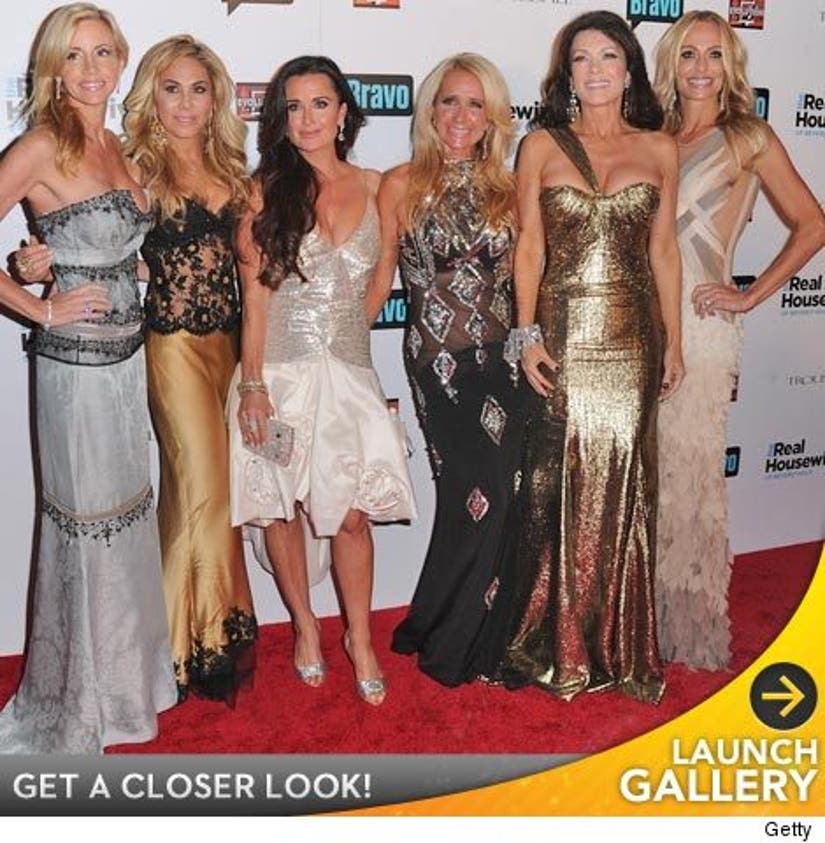 In a recent interview with Judith Regan's SIRIUS XM show, the women opened up about going under the knife and making friends with Botox.

During the interview, Kim Richards copped to getting Botox and breast implants -- which she later had removed so she could "see my feet."

Camille Grammer admitted to Botox and breast augmentation as well, while Kim's sister Kyle said she's had Botox and a nose job ... but insisted her chest hasn't been touched by a surgeon.

Taylor Armstrong joked when it was her turn, saying "Just start from the top, right? You should've seen what I looked like before. I mean, scary! So yeah ... filler, Botox. And I had my boobs done."

Lisa Vanderpump said "I have a bucket of Botox in my face!"

And, finally, there's Adrienne Maloof, who answered: "Botox, fillers, boobs, nose," but said her lips and cheek bones are all hers.

Check out our gallery of the women above -- and zoom in for a closer look at their doctors' work!