Stunning supermodel Iman admits in the upcoming issue of Harper's Bazaar that she and husband David Bowie do indeed fight--but she's the one who tends to be a bit more spirited during their squabbles. 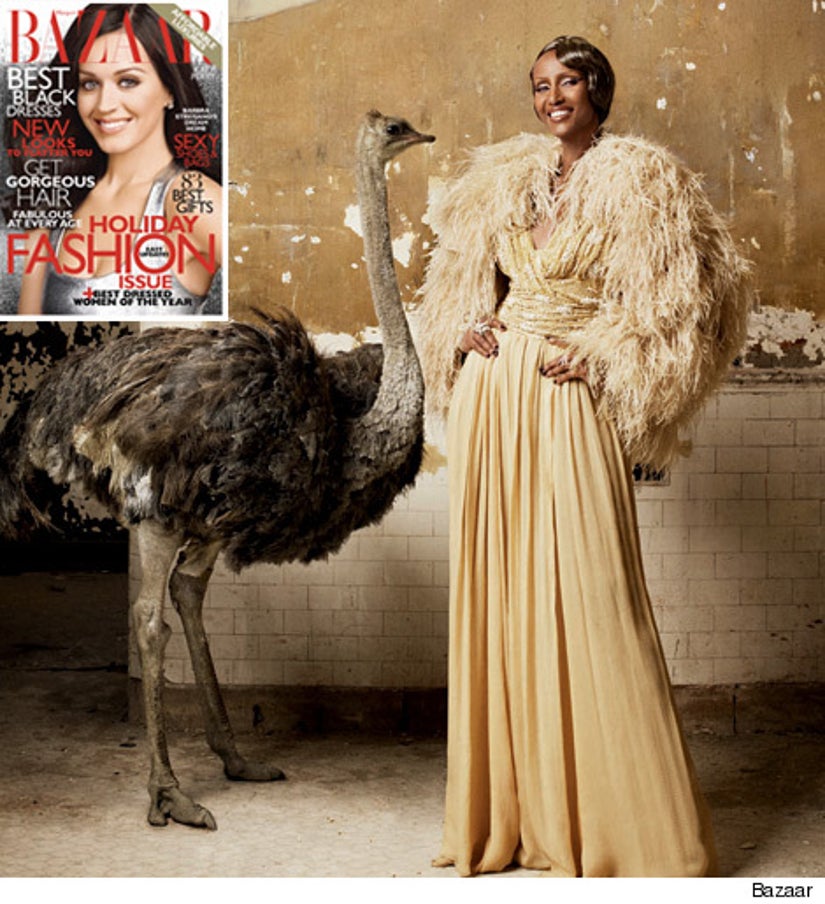 "David doesn't fight," Iman, 55, tells the magazine's December issue, on-sale Nov. 23. "He is English, so he just stays quiet. I'm the screamer. Then he always makes me laugh. It's like cabaret."

And has her love for Bowie dwindled after 18 years of marriage? "I still fancy him--totally!--after all these years," she tells Bazaar.