Carrie Underwood didn't go home with any trophies last night at the CMA Awards -- but she definitely left with a bigger wardrobe. 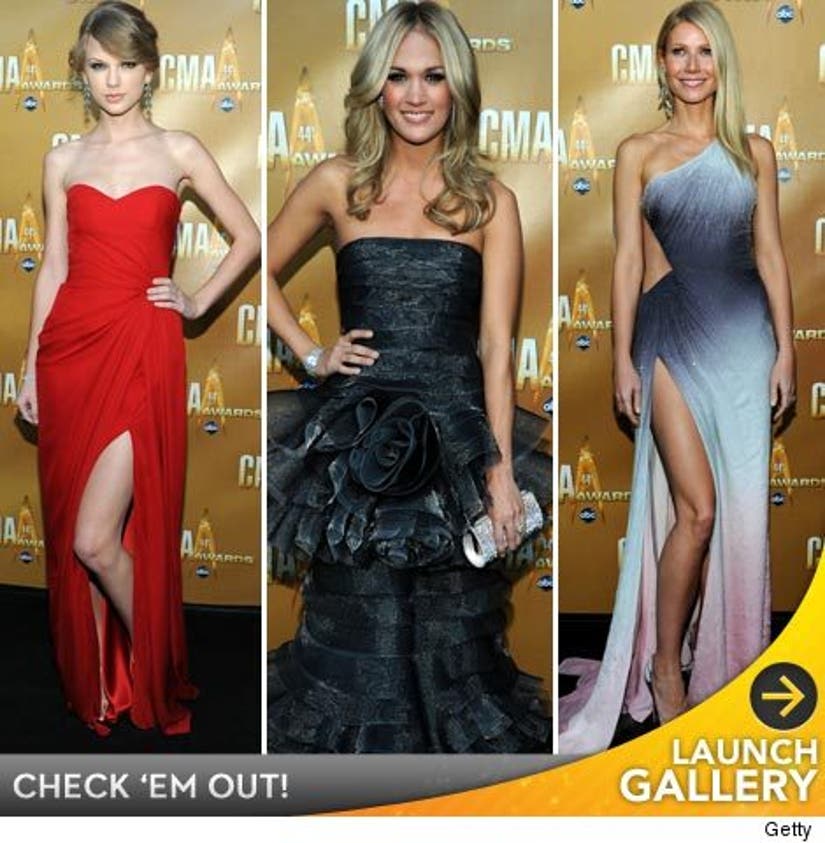 Underwood, who hosted the country music award show last night in Nashville with Brad Paisley, had at least 8 different costume changes last night for the red carpet and ceremony!

Check out all her ensembles, and let us know which you like best -- plus all the other hot red carpet looks from Taylor Swift, Gwyneth Paltrow, Miranda Lambert, Kellie Pickler and more!

Miss the show? Here's the full list of CMA winners: