Simon Cowell may be gone from the upcoming season of "American Idol," but show alum Katharine McPhee tells TooFab she expects new judge Jennifer Lopez to fill his tough-as-nail shoes. 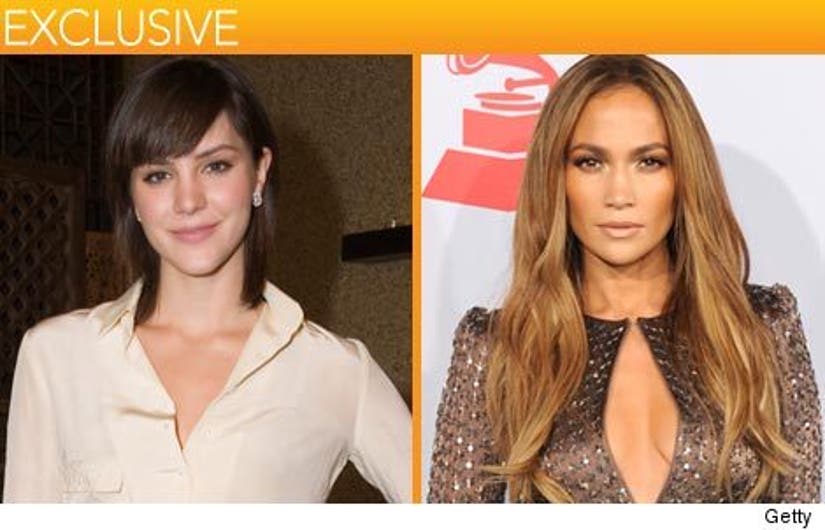 In an exclusive interview with TooFab, the season five runner-up says, "Someone's got to fill his shoes. I have a feeling J.Lo is going to be cutthroat, that's a feeling!"

And McPhee adds, "I think it's a big get to get Jennifer Lopez, she's like an international star, so I think it's very cool that she's doing the show."

Of the entire judges panel, also consisting of newcomer Steven Tyler and vet Randy Jackson, McPhee tells TooFab, "I think that they're all great. It'll be interesting to see how they all work together. One's like rock [Tyler], and one's like total pop [Lopez], and then there's Randy. So I think it'll probably work, but I said the same thing about [last seaon's judge] Ellen [DeGeneres], and I was so excited about Ellen."

As for McPhee, she celebrated the release of her holiday album, "Christmas Is The Time To Say I Love You," Thursday night in Los Angeles at Koi, at a dinner hosted by Everlon Diamond Knot Collection. (At the bash, she received a surprise gift of two Everlon Diamond Knot bangles!)

McPhee told TooFab she got into holiday mode when she began working on the album in June, but that she doesn't work that far in advance when it comes to holiday shopping. "Oh, I'm a last-minute shopper, I love the craziness of it all," McPhee said at the intimate dinner, attended by her friends, business colleagues, and husband Nick Cokas.

As for her Christmas plans, she told TooFab, "We usually spend Christmas up north in California with family, but I think this year we're going to try and do something with ourselves, since we've never done that!"